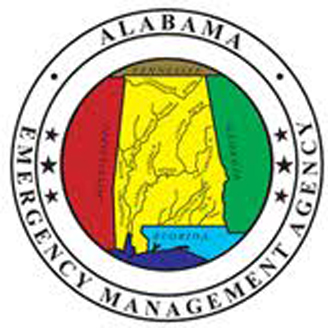 MONTGOMERY—During the recent outbreak of tornado destruction across the State, cartoonists and the internet chattering class have accused Gov. Robert Bentley of using the occasion to milk the Federal government for disaster relief funds.

While funding for damages occurred during a natural disaster can be a part of the process in a State of Emergency, it is not the primary reason for a formal declaration.

Declaring a State of Emergency gives the Governor powers that he would not usually have at his disposal. Under Section 31-9-6, the Governor is granted special powers of emergency management in a time of crisis.

These powers include, “ascertain the requirements of the State… for food or clothing or other necessities of life. To… “plan for and procure supplies, medicines, materials, and equipment…and for the… “mobilization of emergency management organizations in advance of actual disaster.”

According to Art Faulkner, Director of the Alabama Emergency Management Agency, “In order for the Governor to put all of the things in motion for being able to respond to some type of disaster, he has to issue a State of Emergency.”

Faulkner says that the Governor’s declaration allows him to immediately implement the State’s emergency operations plan. “In the many different areas whether it be law enforcement, or making sure we have emergency communications assets in place or whether it is getting ready to open shelters for people to stay in if their homes are damaged,” a State of Emergency must be declared.

As with the resent storms—it enabled the Governor to place on alert and/or call up the active duty of the Alabama State National Guard. “Our citizen soldiers in this State generally have full-time jobs that they could be at or that they are at home…disasters don’t just hit when the soldiers are in drill status,” says Faulkner. The powers granted the Governor in a state of emergency gives him the authority to call up grand members on a moments notice.

Faulkner also points out that declaring a State of Emergency, “puts in place certain criteria on what businesses can charge our citizens for those commodities that they may need in order to prepare for the disaster and/or respond.” Price gouging is always a concern in times of disaster as well as the ability to move goods and materials before and after a crisis.

“When the Governor issues a State of Emergency, it enables the Attorney General to prosecute someone that has flagrantly disregarded our citizens by price gouging,” said Faulkner.

It also permits the Governor to supersede certain State and Federal laws during an emergency so goods and services can flow more easily.

“There are certain Federal laws, and certain State laws, for example, the amount of hours a commercial driver can drive in any given period of time,” that can be superseded during an emergency. It also allows power trucks and build material haulers to responded to the needs of customers. “ We waive some of those laws so that those companies can get their personnel and equipment to the place that they need to be in a safe manner without regard to some of those laws.”

On Tuesday, April 29, the Governor asked for an emergency declaration from President Obama. “The National Weather Service was telling us that there was going to be at least one more round and maybe even two. So, asking the President for the emergency declaration opened up an avenue by which we could very quickly ask for direct Federal assistance and/or FEMA resources,” Faulkner said.

According to Faulkner, the State’s first responders were being stretched to the limits because of all the damage and flooding that they state was incurring.

“We made a request to the Federal government for them to send in additional resources in mutual aid to help the State, that is what the Governor asked for on Tuesday,” said Faulkner, “We didn’t know exactly what else we were going to have hitting, but what we knew was that we had a lot of our first responders and people throughout the State of Alabama that had already been working nonstop and if we were going to be slammed again then what else are we going to need?”

While Faulkner says there are programs by which the Federal government offers some financial assistance the primary reason for the Governor to declare a State of Emergency is to bring together the necessary resources to protect the lives and property of the citizens of the State.

Gov. Kay Ivey issues COVID state of emergency, but no mandates or closures

Alabama hospital ICUs were at 95 percent capacity on Thursday, with a surge in COVID-19 patients that is alarming state health providers.