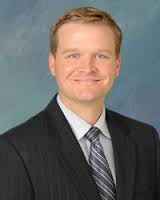 On Saturday, May 10, candidate for Alabama State Senate District 17 (SD 17) Brett King joined Alabama Governor Robert Bentley (R) and candidates from around the State when he spoke to Jefferson County Republicans at their 2014 meeting and Straw Poll event.

King ended the event with the most votes in the competitive straw poll.

Brett King told the gathered voters to look at his record and resume’ before they vote.  The Locust Fork attorney said that he has a small law practice dedicated to helping people and small businesses.

King said, “I have plenty of energy to do a good job for the people of District 17…I ran ten miles this morning.”

King said, “I am the King who wants to be a Senator.”

Alabama Senate District 17 (SD17) candidate Brett King also recently announced the establishment of the “Brett King for Senate Scholarship,” a $1,000 scholarship for high school seniors who will be graduating this year from a high school located within SD17.

Brett King said, “This time of the year, seniors and their parents are scrambling to find ways to afford college in the upcoming fall.  It was scholarships like this that helped me pay my way through school at Jeff State, Auburn, Yale, and Alabama. It’s a privilege to have the opportunity to ‘pay it forward’ to help another deserving high school senior do the same. My father, a Blount County educator, instilled in me a true value for education at an early age and this scholarship is one way I am putting my money where my mouth is by showing my commitment to the education of our future leaders.”

The King campaign said in a written statement that any high school senior who will be graduating from a school located in SD17 is eligible to receive the scholarship. To apply for the $1,000 “Brett King for Senate Scholarship,” students can visit his site.

Brett King’s campaign manager, Matt McKinney said, “We are excited to offer this scholarship award to seniors from District 17.  We will be posting updates about the scholarship at brettkingforsenate.com and on our facebook page. Please help us spread the word to the families of any senior graduating next month. Good luck and congratulations to all of our seniors.”

McKinney said, “The Brett King for Senate campaign is picking up support every day all across District 17.”
Brett King is endorsed by the Blount County Farmers Federation.

Alabama Senate District 17 is currently represented by Senator Scott Beason (R) from Gardendale.  The popular Senator Beason is leaving his conservative Senate district to run for Alabama’s Sixth Congressional District where Rep. Spencer Bachus (R) from Vestavia is retiring after 11 terms in the U.S. Congress.