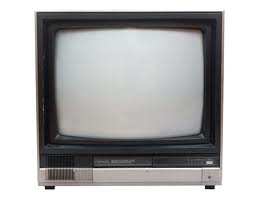 MONTGOMERY—Three new campaign commercials could be entitled, The Good, the Bad and the Ugly.

Public Service Commissioner Jeremy Oden has a sweet and funny TV spot that reflects the good humor and smarts of the candidate, as well as poking fun at the fact that the PSC is not  widely known among voters.

The new ad shows Oden campaigning door-to-door, but there continues to be a communications problem. The individuals he encounters just don’t seem to know what the PSC is or does. No matter what he says there is a cute sense of misunderstanding. When he finally finds an older woman who understands what he is talking about, it gets even better.

A new TV spot featuring a Loony-tunes type depiction of Sen. Pro Tem Del Marsh, R-Anniston, is funny in a sick sort of way, but not very flattering.

The commercial says that, “When opportunity Knocks Del Marsh Cashes In.” It then illustrates with graphics and animation how, Marsh has used his office to help campaign contributors and his daughter, who is a lobbyist. It also points out the Marsh left $5,000,000 in investments off his ethics filings.

It is well done, but shows a bad Marsh.

In this spot, Speaker of the House Mike Hubbard, R-Auburn is seen standing at a podium saying, “We said we would change Montgomery.” A female narrators then says that Hubbard did not change Montgomery and that under his leadership it was the same pay-to-play.

The video continues by listing various news articles in which Hubbard is linked to the State’s investigation into pubic corruption.

The dark images and the harsh facts are ugly.