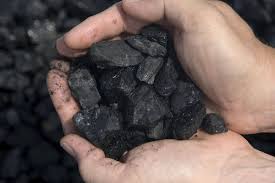 MONTGOMERY—Alabama has been blessed with an abundance of coal, a fossil fuel that has kept our citizens warm, provided jobs and has polluted the air. These are the facts. By what degree these facts are agreed upon, is an on-going debate.

Recently, the Obama Administration released its latest National Climate Assessment (NCA). In short, if the predictions are accurate, the Southwest will fry, Alaska will melt and the Alabama Governor’s Mansion may have a view of the Gulf of Mexico.

In addressing the situation in Alabama, the report says that the State must invest more in Clean Energy.

According to the U.S. Department of Energy, Alabama ranks in the top ten in many significant categories for renewable energy use.

Again, there are differences of opinion on how to interpret the facts, as well as reactions to the NCA report.

Micheal Hansen, spokesperson for GASP, agrees with the NCA finding, adding that, “Alabama emits too much carbon pollution and it has negative consequences for all of us. If you look at the 2013 report, “Dirty Power Plants,” you’ll see that Alabama Power’s Miller Plant in West Jefferson County is the number two emitter of carbon dioxide in the Nation — putting out the equivalent of 4.3 million vehicles.”

GASP’s mission, according to its website is to, “activate Alabamians for clean air…, reduce air pollution, educate the public on the health risks associated with poor air quality, and encourage community leaders to serve as role models for clean air and clean energy production.”

However, Tiffany Bittner, speaking for Coal Jobs Count, an organization sponsored by the Alabama Coal Association and the UAW, sees things quite different than Hansen. “Obama has used taxpayer money to push for failed alternative energy solutions including Solyndra, legislation and this report,” Bittner said.

She also took a shot a GASP and PSC Commissioner Terry Dunn who has become a lightening rod in the environmental debate in Alabama.

“Environmental groups such as GASP have received millions from Obama’s extremist California allies.  At the same time, Commissioner Terry Dunn is pushing legislation, which would limit the coal industries voice and ability to fight back against these out of state interests, whose agenda will lead to higher energy prices for everyone,” Bittner stated.

Dunn, as commissioner on the State’s Public Service Commission, has become somewhat of a hero to many in the environmental movement. To those who value coal jobs and are suspicious of the Global Warming agenda, Dunn is disparaged as a useful stooge of left-wing radical environmentalists.

Bittner says there is a war on coal and that Dunn is at the forefront of that movement in Alabama.

Hansen takes issue with the notion of a war on coal saying, “ the ‘War on Coal’ is nothing more than a political talking point meant to stir up support for anti-regulation, anti-environment movements. Coal is the single largest contributor to air pollution, whether that’s coal-fired power plants or heavy industry.”

However, Bittner points to job loss and higher utility rates if coal is removed from the mix of fuels used to generate power:

“First, it was a hostile takeover of our healthcare system. Now, he and his allies are looking to control our energy choices.  Obama’s war on coal will cost Alabama 16,000 jobs and to quote President Obama himself, will cause utility rates to skyrocket.”

Hansen says that deleting coal from the mix will not cause an increase in what people pay for utilities or cost jobs.

“Over the past decade, there has actually been an inverse relationship between the amount of coal burned by Alabama Power and the number of coal jobs. All of the rhetoric has very little to do with reality,” Hansen said.

Daryl Dewberry, head of United Mine Workers of America, – District 20 says,” it is more than a war on coal, but a war, on the way families in Alabama put food on the table.” UAW has joined with the Alabama Coal Association, to “Fight for our way of life,” said Dewberry.

The NCA report says that Alabama must spot the pollutants that are associated with coal-fired plants and heavy industry and replace it with green alternatives.

But, Bittner, who is charged with representing thousands of workers who depend on those plants and industries, see things through a different lens.

“The only thing getting rid of coal fired plant will do is increase the cost of electricity to consumers and leave over 16,000 without jobs,” she said, “Emissions from coal fired plants in Alabama are down more than 80% since 1996.”
Hansen, says that the debate on coal is driven by “politics and power.”

But, Bittner thinks that it is about money and politics on the part of environmental groups and organizations like GASP, who she says are beholden to the big donation made by outside interests.

Commissioner Dunn, through his spokesperson David Rountree, has tried to portray himself as a man in the middle, trying to do his job.

But, Bittner doesn’t see any ambiguity in Dunn’s actions.

“Last year environmentalists forced Georgia to shut down over 10 [power] plants.  Those same groups are working with PSC Commissioner Terry Dunn to silence the coal industry in Alabama.  Commissioner Dunn’s efforts would make it easier to shut down coal fired plants in Alabama,” she said.

Dunn is up for reelection. One of his republican opponents, Jonathan Barbee, said, “Every day voters in our country and State face an onslaught from politicians who are constantly trying to implement their agenda. In a recent Supreme Court Decision, the EPA got their way. They now have the power to fine and shut down coal plants across America and right here in Alabama.”

Barbee says that he is for lower rates, but that he would support the use of coal as one of the State’s most abundant resource. “Yes, we all would like to see lower rate, but I would say, we need to use the resource God has blessed us with in a responsible way rather than taking the radical approach my opponent suggests.”

Hansen suggests that elimination of coal as a energy source is needed because, “It should become pretty clear that pollution is bad for all of us, not just people living near plants.”

Many steps have been taken to minimize the pollutants that contaminate our air. As for climate change, for many in our State, the jury is still out. What is not in doubt is Alabama’s coal resources and the jobs it creates.