Alabama’s controversial immigration law – HB56 – despite being on life support after having a variety of its provision struck down by courts, is still costing taxpayers hundreds of thousands in legal settlements.

This month a settlement between the state and the Southern Poverty Law Center was announced in which Alabama will be forced to fork over $230,000 to the SPLC to cover their legal expenses in bringing the suit. That brings the total legal cost of the legislation to over $500,000, now, with the state having payed out another $350,000 in an earlier suit.

The lawsuit which was settled this month involved mobile home registration by undocumented immigrants in the State. While state law had already provided that everyone, regardless of citizen status, was required to pay a fee and register their mobile home with the state, the new immigration law, HB56 passed in 2011, made it illegal for any such person to interact with the state government in any respect.

“They were caught in a classic Catch-22,” a lawyer with the SPLC said.

“They either were going to commit a class-C misdemeanor by living in their homes or get caught with a class-C felony trying to register their mobile homes.”

The Southern Poverty Law Center sued over the provision, saying that it violated the Fair Housing Act. As a result of it and other problems occurring as a result of the law, including adverse effects on native born citizens, a federal judge issued a temporary injunction halting the provision because the legislature’s discussion of the measure was “laced with derogatory comments about Hispanics.” The legislature also narrowed some aspects of the law in 2012 in an effort to assure its continued enforcement.

HB56 was also in the news recently as a Fort Payne High School student – an undocumented immigrant – was finally admitted without having to provide a birth certificate as provided for in law – but as had already been struck down by the court as unconstitutional. The student, identified by the SPLC, who represented him, as J.T., was denied admission to the school twice because of his undocumented status.

The specific issue of undocumented school admission gained national attention earlier this month, after events like the one in Fort Payne and others like it spurred US Attorney General Eric Holder to issue new guidelines on the topic making abundantly clear that denial of public school admission on the basis of immigration status was ruled unconstitutional by the US Supreme Court in 1982.

Overall, most provisions of HB56 have been enjoined or completely struck down by the courts, rendering it ineffective and symbolic. The problem, though, is that some aspects remain, and will apparently occasionally cost the taxpayers hundreds of thousands of dollars.

For example, US District Court Judge Keith Watkins has already ruled that an SPLC lawsuit challenging a mostly moot aspect of the law will go forward. One can be assured, too, that if the SPLC succeeds, as they likely and rightly will, Alabama taxpayers will foot the legal bill.

In this article:HB356, SPLC, US District Court Judge Keith Watkins 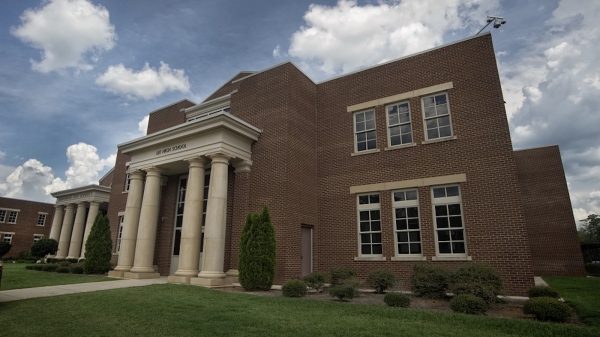