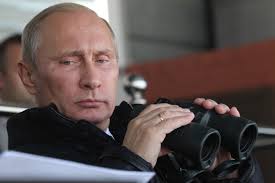 In the last eight months, the Ukraine has dominated International news in ways that no country ever wants to dominate International headlines.  Ukraine has seen months of civil strife and unrest that has led to the ousting of the pro-Russian Ukranian President, the invasion of the Crimea by Russian armed forces and separatists seizing government buildings in Eastern Ukraine.

On Wednesday, May 14, the President and founder of the First Investment Group, Borys Soboliev, was in Birmingham to meet with local business and political leaders about the situation.  Soboliev is on the board of directors of the U.S. Ukraine Business Council and has served the Ukrainian government in a variety of roles both before and after independence from the USSR.  Soboliev was hosted by Alabama State Senator Scott Beason (R) from Gardendale at a press conference with Alabama journalists including the Alabama Political Reporter at Birmingham’s Vulcan Park.  Sen. Beason is a candidate for Congress representing Alabama’s Sixth District.

Soboliev grew up in a Ukraine that was part of the old Soviet Union.  Soboliev said it his my privilege is to compare the different periods.  The relationship between the United States and Ukraine has become more and more open in both deeds and in words.  Ukraine has become the breadbasket for Europe, Asia, and Africa.  The modernization of Ukrainian agriculture was primarily due to the contributions of John Deere, DuPont, and Caterpillar.

Ukraine has done much to develop its role in the international economy through trade development agencies, multinational companies, and the World Bank.  Part of Soboliev’s mission is to show opportunities for investment.

Soboliev said that one of Ukraine’s major strategic importance is its titanium deposits.  Ukraine has large concentrations of the important metal.  Ukraine hopes that with knowledge and expertise of American companies that they can lower the cost of making things with titanium so that it continues to become used more and more in sectors beyond defense to include sectors like automobiles.  Titanium deposits are found in both the western and eastern portions of Ukraine.  Soboliev said that 95% of Russian Ukrainian titanium products are made with Ukrainian titanium.  The only other places with comparable titanium deposits are Madagascar and Kenya and there are ecological problems with mining there.

Soboliev said that titanium (which is stronger than steel and does not corrode) will replace iron in many applications.  Ukraine is working on their capabilities to bring the cost of working with the material down.  This is a real practical area where western and Ukrainian strategic partnership has been working.

Soboliev says that following Russia’s annexation of the Crimea other cities in the Ukraine, including Donetsk, have been invaded by Russian nationalists and terrorists.  Ukraine has felt the compassion of the United States and other nations and they really appreciate this attitude.

Senator Scott Beason asked Soboliev: “How deeply involved do you think is the Russian Government involved in the autonomy movement?”

Soboliev said that much of what we hear about the situation is influenced by Russian propaganda.  “Ukraine has no resources to pay for propaganda at all.”  Soboliev said that Putin has used Russian media and TV channels to spoil minds of people in the Ukraine.  None of this is new.  “The Nazis used similar tactics in the thirties.  What we are watching on Russian TV is so falsified.”

Joseph Goebbels said that people will more readily believe a big lie than a small lie.

Soboliev accused the Russians of putting women and children in front of their military equipment in Crimea.  Ukrainian military forces could not fire on the civilians.  Soboliev claimed that many of the Russian nationalists who seized the buildings in Eastern Ukraine are really Russian troops.  Soboliev said that authorities in the Ukraine have captured over 100 and have recognized them as members of Russian Special Forces units.  The Russians pay protesters cash on a daily basis in cash to protest in support of the Russians in front of the buildings which are held by Russian Special Forces.

Soboliev said, “We are undermined by our neighbor.”  This is, “His (Putin’s) way of sustaining his empire of evil.”

Soboliev said that Putin has called the collapse of the Soviet Union the most tragic event of the 20th century.
Soboliev said that when he was working for the Ukrainian Republic before the fall of the USSR, in 1991 we were called on to Moscow and we (the Republics) were told to pay money to prop up the USSR to prevent its bankruptcy and we had no money to give.  Soboliev said, “The insolvency of the Soviet Union was a product of its development.”

Soboliev said that Putin carried the luggage for the Mayor of St. Petersburg at the time so knows little of the actual events.  “I participated in that.  If a government has no money it will collapse.  I saw this with my own eyes.”

Soboliev said the City Hall here in Birmingham has to balance its budget and so should national governments.  Soboliev said that this is not how to run the country.  The development of trade and free markets is the real solution for Ukraine and for Russia.

Soboliev said that melding the nation is a challenge for Ukraine because many are settled on their own national roots.  Americans don’t care they go where the jobs and the opportunities are.  Ukraine can improve the unemployment situation in the east by moving workers from the east to the west to develop the titanium industry.

Soboliev said, “He (Putin) failed with his blitzkrieg.  He is not original.  He is just repeating ideas of 1930s.”

Putin expected mass uprisings in support of his Russian occupation and all he has gotten are some drug addicted persons who are unemployed and getting paid.  We are proud that we have no difference on the banks of the Dneiper.

Soboliev said that he has some relatives in Sebastopol (the capital of the Crimea).  They were expecting subsidies from the Russian takeover.  Those that are elderly were expecting Soviet times to come back.  “Then they were poor but secure.  Now when Putin said no cash no money they are a little bit upset.  There was nothing in the stores then but what was there was cheap.  This is the legacy of Soviet times which has made us where we don’t work but are expecting the good Czar to come and bring it.”

Soboliev accused Putin of manipulating gas prices and said that the Ukraine wants to move to normalize the market prices for natural gas.

The Alabama Political Reporter asked Soboliev if it was a mistake on the part of Ukraine to agree to give up its nuclear arsenal.  Soboliev said, The 1994 Budapest Memorandum was signed by four Presidents including Boris Yeltsin and Bill Clinton and it guaranteed that no hostile actions would be pressed on the Kiev authority in any direction.  Soboliev said that, “As Deputy Finance Minister at that time, keeping even one ICBM was detrimental to our state budget.  It was not possible to keep the third largest nuclear arsenal in the world.”

The failure of our guarantors to has displayed bad example to world including Iran.  One of the guaranteeing countries (Russia) invaded our territory.

Soboliev said that when you analyze the situation inside the Russian Federation there are a lot of places that would prefer independence to remaining in Russia.  If there was a referendum in Kaliningrad today 100% would participate and 120% would vote for rejoining Germany.  If a referendum was held in the Kurile Islands the residents would overwhelmingly vote to rejoin Japan.