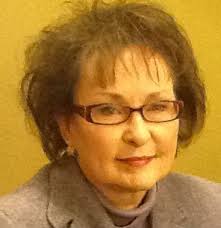 Gear said that she is a Birmingham area attorney and a former school teacher.  Gear said that she is one of us and shares the Alabama values of District 17.  Gear’s appearance at the GOP candidates’ forum followed her endorsement by The Professional Fire Fighters of Alabama (PFFA).

In a written letter to Gear PFFA President Steve Pegues said, “You have been dedicated to the men and women who serve in the Birmingham Metro Area fire service for many years.  You truly understand what the Public Safety Sector needs to be able to serve the people it is sworn to protect. It is with great pride that the members of the PFFA stand with you in your candidacy to help make Alabama a safer, stronger state.”

Gear said, “These men and women risk their own health and safety to protect the members of our community. It is a great honor that they would place their faith in me to represent them in Montgomery.”

The PFFA has 2,600 members state wide and represents the majority of International Association of Fire Fighters locals in Alabama.

Gayle Haywood Gear was born in Monongahela, Pennsylvania and resides in Gardendale, Alabama.

Gear said on her web site that she is running for office because, “My life is a story of public service. I began my career as a teacher. I have taught in both public and private schools. I dedicated my own education to improving a school’s ability to identify the needs of children and tailor curriculum to the development of each student’s talent. As an attorney, I have represented the needs of teachers, police, firefighters, and others whose rights had been infringed. As the State Senator from District 17, I hope to humbly serve the people of Alabama by representing them in the manner anticipated by our founders; selflessly, improving the individual, restraining the Government, and responding to the needs of District 17 and the State of Alabama as a whole.”

Gear promised that if elected she will be: dedicated to the ideals of liberty and self-reliance, promotion of the family and the value of all human life, will faithfully represent the District, and will not make the Senate a long-term career.

Gear said that if elected her platform priorities will include: technical education that responds to the needs of business as a critical step to growing Alabama’s economy and labor pool; actively listening to the concerns and ideas of the citizens of the district through periodic listening tours; and curb the intrusions of an ever-expanding government through term limits and narrowly tailored legislation.

Gear wrote about the one issue with which she wishes to be associated: “Technical education. The people of Alabama are hard workers. Nonetheless, our present economy reflects a vast number of unemployed and underemployed people.  This is not the result of any character flaw.  Rather, this is because we have unfortunately failed to correctly value skilled labor and promote technical training in our schools.  For example, local industries advertise for qualified people to work in the technical trades. In one instance, a local machine shop desperate for welders and machinists placed a billboard on an interstate highway. Businesses report that so few people are trained in the technical trades, the jobs are almost impossible to fill. According to the Mike Rowe Works Foundation, there are 600,000 skilled labor jobs going unfilled right now in the United States, and 10 million skilled workers will be needed by 2020 because the skilled labor force average age is 56. These workers will be retiring and right now, there is no one to fill their spots. I want to play a role in attracting businesses to Alabama by assuring them a large pool of skilled workers for every level of their business, from the assembly line to the boardroom.”

Gayle Gear has been endorsed by the PFFA, the largest policeman’s lodge in the state Fraternal Order of Police Lodge One, the Gardendale Fire Fighter, John Garrison of Garrison Steel Fabricators and Erectors, Inc., Ed DeLorme of Engineered Coatings and Machine, Inc. in Tarrant and the Birmingham Fire Fighters Association.

Alabama Senate District 17 is currently represented by Senator Scott Beason (R) from Gardendale.  The popular Senator Beason is leaving his conservative senate district to run for Alabama’s Sixth Congressional District where Rep. Spencer Bachus (R) from Vestavia is retiring after 11 terms in the U.S. Congress.