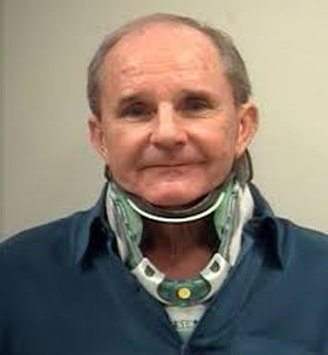 Judge Cole ruled in April that the Attorney General would be unable to present evidence insinuating a romantic relationship between Barron and his former longtime campaign and legislative aide, Jill Johnson. The relationship, the AG’s office has previously conceded, is “fatal” to their case against the former senator.

In addition, he ruled against Strange’s attempt to prevent Barron’s defense from presenting evidence about what an average campaign expenditure is, including FCPA spending records of the AG himself.

After those decisions came out, AG Strange appealed to the Alabama Court of Criminal Appeals, and today, 3-0, they ruled that none of Judge Cole’s actions could be appealed.

Barron was a Senator for 28 years – until his narrow, 628 vote defeal in 2010 by Republican challenger Shadrack McGill – was also the mayor of Fyffe for over a decade before his long stint in the legislature, which ended in his serving as Senate Pro Tem from 1999 until 2007 and his tenure as chair of the Senate Rules Committee until his electoral loss three years later.

In late 2012, he was nearly fatally injured in a tractor accident. A few months later, in April 2013, Berron, as well Jill Johnson, were indicted by a DeKalb County grand jury on several campaign finance charges stemming from nearly $60,000 in ill-advised campaign expenditures from Barron to Johnson, as well as the gifting of a 2007 Toyota for “campaign uses.”

Barron’s attorney in the matter is Joe Espy, who has successfully defended several high profile clients in Alabama politics, including Milton McGregor in the bingo corruption trials, as well as Senator Roger Bedford on extortion charges in 2002.

The Office of the Attorney General has said that they plan to appeal yesterday’s decision by the Alabama Court of Criminal Appeals to the Alabama Supreme Court, who members are all elected Republicans.

Barron’s trial was scheduled to begin in April, and will likely not take place until a final appeal has been ruled on.