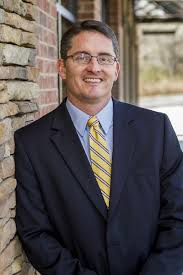 Shelnutt is a Trussville area realtor who is running for the Alabama Senate in District 17 as a Republican.  Shelnutt said, “Thank you to all of my supporters that turned pit on Tuesday (in the June 3rd Republican Primary.”  I have got six more weeks to campaign.  I am excited about my campaign and it is going well.

Shelnutt said that he was totally unknown as a candidate when the campaign started in February.  However in a field of seven Republican candidates for he made the Republican Primary Runoff (with Locust Fork attorney Brett King).  Shelnutt said I still have a lot of work to do.

Shelnutt asked the audience to: “Please come out on July 15 (to vote in the Republican Primary runoff).” The turnout in the Primary was low and, “People are telling me that that (turnout) will be even worse.”

Alabama Sixth Congressional District Candidate Gary Palmer (R) who was also present at the Republican Women of Trussville event said that to improve future turn we need to move the Primary back to April.

Currently the primary is held every four years on the first Tuesday after Memorial Day when many families leave the state on vacation after school lets out for the summer.

State Representative John Merrill (R) (in the runoff as a candidate for Secretary of State) said my daddy used to be probate judge.  That Primary was in May once and one time it was in September.  There is nothing sacred about that date (the first Tuesday in June).

Shelnutt said that the main difference between him and his runoff opponent is I am not an attorney.  Brad is a young guy he has only been in the work force for seven years.
Shelnutt said that he has knocked on 2000 doors and will work to cut the red tape for small businesses.

Shelnutt joked, If you are not going to support me take a vacation in mid July.

On his website Shelnutt said, “I’m seeking your vote to represent our community in the Alabama State Senate. I’ve lived here all my life and as a realtor I travel this district everyday helping people. Some families are moving to our community seeking the quality of life and values we offer outside the big city. Some people are moving up to a bigger home just around the corner. But there are also some families who are moving because they can’t afford their home anymore. I’ve heard every story and they’ve motivated me to get involved.”

Shelnutt continued, “With your vote we can build a team in our community who will work together to promote our quality of life, our family values and bring home new jobs, letting everyone know that we are open for business. In Montgomery I will stand for principled values and common sense answers to the problems facing our state. I will defend the liberties guaranteed to us in the constitution and balance that with the moral guidance given from the word of God.  I would be honored to have your vote and your support in my campaign.”

The Republican Runoff election will be on July 15.