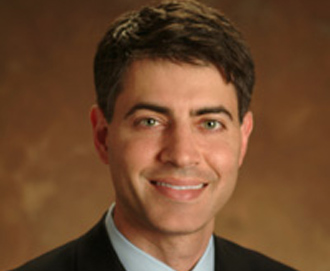 On Monday, June 23, Sixth District Congressional Candidate Paul DeMarco (R) from Homewood, released a new TV ad, Alabama Conservative, comparing what he says is his solid anti-tax record versus what he says is the more flexible relationship opponent Gary Palmer has taken in his approach toward tax increases in the past.

State Representative Paul DeMarco said in a written statement, “Taxation is a vital issue to Alabama and it is important that we have a conversation about it. Politicians from President Obama to former Governor Bob Riley and now Gary Palmer have tried to sell us on the economic and social benefits of higher taxes on fewer taxpayers’ backs. I have a different view so let’s talk about it.”

Paul DeMarco says that he has never voted for or supported a tax increase, Gary Palmer has called for what he called “revenue increases” for years.  The DeMarco campaign cites as examples:

2003 comments by Palmer, “Frankly, we do need tax reform in Alabama and in the final analysis I think we will find that we do need to increase revenues. But bringing in higher revenues through tax reform without reforming the way we budget and spend will do little good long-term and the taxpayers know it. [The Montgomery Advertiser, February 14, 2003]”

In a 2001 Montgomery Advertiser article the DeMarco ad quotes, “Palmer said his organization is looking for ways to ease the load on low-income citizens, and that is commendable.  The institute favors removing the state sales tax on food and over-the-counter medicines. That would be a substantial help to the poor, who of necessity spend a greater share of their incomes on the basics of life.”  “It also supports raising the threshold of state income tax liability. Alabama begins collecting income taxes on families at $4,600 of income, the lowest level in the nation. That’s indefensible. That could be raised, Palmer said, to $20,000 or perhaps $25,000.”  “To its credit, the institute also notes that property taxes could be increased. Alabama has the lowest property taxes in the nation by far, and its stubborn insistence on largely ignoring this element of the tax base helps skew the entire taxation system. [The Montgomery Advertiser, May 19, 2001]”

In 2003 Palmer told the Tuscaloosa News, “To the surprise of many of my conservative friends and colleagues, I am of the opinion that the state needs more revenue. I would be willing to support a tax increase (Tuscaloosa News, 9/7.2003).”

Rep. DeMarco said, “I believe that people who have to pay taxes have a vested interest in how those tax dollars are spent.  President Obama and Gary Palmer want fewer people to carry the burden for everyone which paints a target on the backs of those doing the taxpaying.  That is neither good nor right in my opinion and it leads to higher spending as people come to believe it is not their money being spent.”

Gary Palmer said on Thursday in a debate that he would never support a tax increase as Congressman.

The ad campaign is a sharp departure from the DeMarco campaign’s earlier effort to run Rep. Paul DeMarco as above the fray.  Even when Dr. Chad Mathis attacked DeMarco in his infamus ‘Gang of Four’ commercials DeMarco resisted the temptation to go negative in the polls.

Rep. Demarco had the most votes in the Republican Primary (32 percent of the vote versus 20 percent), but recent Palmer endorsements and a perceived debate “win” for Palmer has likely led to a change in strategy for the three term state legislator.

Alabama’s Sixth Congressional District is currently represented by Congressman Spencer Bachus (R) from Vestavia.  Representative Bachus is retiring after 22 years serving the people of Alabama in the U.S. Congress.  Bachus served in the Alabama Senate prior to defeating U.S. Rep. Ben Erdreich (D) in 1992.

The Republican Primary Runoff is on Tuesday, July 15.