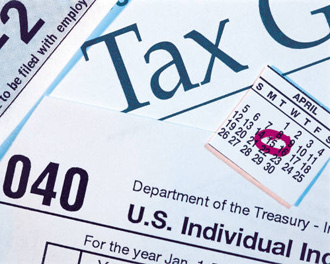 On Wednesday, June 25, 2014 U.S. Senator Richard Shelby (R) from Alabama at a hearing on the Financial Stability Oversight Council’s annual report to Congress, stressed the need to appoint a special prosecutor to investigate the growing IRS scandal.  Sen Shelby’s comments were made after revelations that the IRS claims to have lost all of disgraced IRS official Lois Lerner’s emails from 2009 through mid-2011, the timeframe during which inappropriate targeting of conservative groups is alleged to have occurred.

Sen. Shelby asked, “Isn’t it time? Isn’t it past time for us to get past you looking at it internally, even by an Inspector General, and get a special prosecutor to restore the integrity of the IRS?”

The comments were made during Shelby’s questioning of U.S. Treasury Secretary Jack Lew.
Sen. Shelby said, “Mr. Secretary, I have before me Treasury Order 10105, which breaks down the relationships and supervision of officials in the Department of Treasury. That is, you designate, under the order, the Deputy Secretary is authorized to work on your behalf. It’s got a list of the Undersecretaries. Number 11 is the Commissioner of Revenue. The IRS Commissioner, as I understand it according to your directive here, reports directly to the Deputy Secretary of the Treasury which reports to you. Is that right?”

Secretary Lew answered, “That is right. It’s a bit more independent than other subunits, we should be clear.”

Sen. Shelby followed up, “But not totally independent.”

Sen. Shelby asked, “Do you believe that the integrity of the IRS is of the utmost importance to the functioning of this government?”

Secretary Lew said, “I have said many times and I believe deeply…”

Sec. Lew answered, “…in a function democracy, the integrity of the IRS is critical.”

Sen. Shelby asked, “Do you realize, as the Secretary of Treasury, that the IRS’s integrity has been called into question all over America. In other words, what’s been going on at the IRS the last several years, people don’t trust the IRS, they don’t believe that those tapes, those hard drives just disappeared.  You know all this. I think you’re an honorable man, I’ve known you a long time.  Isn’t it time? Isn’t it past time for us to get past you looking at it internally, even by an Inspector General, and get a special prosecutor to restore the integrity of the IRS? Whatever the costs? Wherever it leads?”

Sec. Lew replied, “Senator, I believe that if you look at the amount of investigation that has been done that has produced no evidence of any political interference in this process, if one looks at the record, the record should actually be reassuring. Obviously, there’s a desire to keep asking questions. I understand that. But I don’t think it’s because the questions haven’t been thoroughly examined by committee after committee, by Congress independently looking at all of the evidence, interviewing people, going through millions of pages of documents, with no evidence of political interference and at some point the process has to recognize that.”

Sen. Shelby responded, “I think most people would think there’s been a lot of interference by the IRS.”

Sec. Lew said, “But there’s no evidence of it.”

Sen. Shelby replied, “Not just the disappearance of the tapes, but before when they were stonewalling different designations that should have been approved. The integrity of the IRS is what’s important. And the American people think that’s in question now. How do you restore it? I believe you get to the bottom of this. I don’t believe Treasury, the Inspector General, and others can do this. We need outside, special prosecutors to do it. Because it’s important, not only to this Administration but to the functioning of government, period.  Thank you.”

Over a year ago a Gallup poll now showed that 74% of Americans believe the IRS scandal needs to be investigated.  Even though an investigation about the targeting of conservative groups by the IRS led by House Oversight and Government Reform Chairman Darrell Issa has been going on for over a year, the IRS is claiming that they accidentally destroyed all their records including the hard drives applicable to this matter.

In 2010 conservative and libertarian Americans angered over passage of the controversial Patient Protection and Affordable Care Act (Obamacare) began organizing a political movement we now refer to as the: Tea Party.  President Obama began his presidency with a overwhelming Democratic majority in the U.S. House of Representatives and 3/5s of the U.S. Senate.  Fueled by Tea Party momentum, the Republicans won back control of the House and narrowly lost winning control of the Senate in the 2010 election.

It appeared at the time that President Obama would be a one term President and that the GOP would regain control of the U.S. Senate.  Instead in 2012, the Democrats were able to contain the Tea Party’s momentum and successfully re-elected Barack H. Obama, while actually picking up seats in the Senate.  Most of this was due to an incredible fund raising and get out the vote effort by the Obama campaign team and the Democratic National Committee.  It may not have made any difference to the eventual outcome, but they did have help from an elite team of IRS (Internal Revenue Service) agents coordinated by agent Lois Lerner, who was the director of the IRS’s Exempt Organization Division.

In theory, laws including tax law applies to all Americans equally without regard to whether or not the IRS agrees with your political philosophy.  Real life does not work that way and Tea Party organizers including Wetumpka’s Becky Gerritson found themselves targeted by the IRS for their political activities.

Lerner has repeatedly refused to cooperate with Congressional investigations of her taxpayer funded partisan activities.  On Wednesday, May 7 Congress responded by making her only the fifth government official in American History to be found in Contempt of Congress by the full House of Representatives.

Congresswoman Martha Roby (R) from Montgomery said in a written statement following the vote, “Every year ordinary Americans play by the rules when paying taxes and interacting with the IRS, and if we step out of line there are consequences. We should demand the same accountability from those serving in the IRS.  Lois Lerner was trusted with immense responsibility to ensure the rule of law, and instead it appears she used her position of authority to project a political agenda. Even now she continues to stonewall Members of Congress who are simply seeking the truth.”

Congressman Bradley Byrne (R) from Montrose said, “In the United States of America, we have a democratic system based on the basic freedom of political expression. What transpired at the IRS on this Administration’s watch is simply un-American. I believe the Administration has lost sight of the fact that it is elected to serve the American people, and is entrusted with a responsibility to disclose the entire truth – not just what’s politically convenient.”

The House also passed a resolution calling on Attorney General Eric Holder (D) and the Department of Justice to appoint a special counsel to investigate the IRS targeting scandal.  To date AG Holder has not appointed a special counsel and has not shown any willingness to cooperate with Congress in investigating this matter.

Rep. Roby said, “The Justice Department had a chance to prove it was truly committed to accountability by swiftly and aggressively investigating this issue, and prosecuting those who were responsible. Unfortunately, that hasn’t happened. It is that lack of accountability that has allowed Lois Lerner to think that she can ‘plead the Fifth’ to Congress without consequence. Today’s vote showed that isn’t the case.  Congress has a Constitutional responsibility to provide oversight of the Executive Branch and to seek the truth on behalf of the American people. That is a responsibility I take very seriously.”

Congressman Byrne said, “Because the Administration continues to impede Congress from fulfilling its constitutional oversight responsibilities, I support these measures that will restore sanity to the process and allow these investigations to move forward. I will continue working with my colleagues to demand answers on this issue and ensure this blatant abuse of power will never occur again.”

Rep. Roby said that the vote to hold former Internal Revenue Service (IRS) official Lois Lerner in contempt of Congress is important towards holding the Executive Branch accountable for its actions.

Since May 2012,  Congressional investigators have learned that the IRS had improperly targeted conservative groups applying for the normal tax-exempt status and that  the IRS focused increased scrutiny on groups that “criticized how the country is being run” and expressed an interest in public awareness “on the Constitution and the Bill of Rights.”  Despite this to date no one has gone to jail to this point for their involvement in the political persecution of American citizens using their powers at the IRS or for organizing this conspiracy against those American citizens.

The contempt resolution was referred to the US Attorney for the District of Columbia.  To this point they have done nothing.

U.S. Senator Richard Shelby is a senior member of the Senate Committee on Banking, Housing and Urban Affairs.