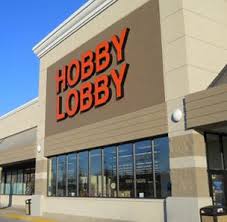 By Brandon Moseley
Alabama Political Reporter
On Monday, June 30 the Supreme Court of the United States ruled in a 5-4 verdict that Hobby Lobby and other employers did not have to pay for health insurance plans which provide services which they find morally abhorrent on religious grounds.

Reaction to this decision came quickly.

The Alabama Republican Party said that this landmark case was first presented to SCOTUS on March 25 of this year in hopes of addressing “the constitutionally guaranteed rights of business owners to operate their family companies without violating their deeply held religious convictions.” The Supreme Court ruled in favor of Hobby Lobby, stating that the government cannot require closely held corporations with religious owners to provide contraception coverage.

Alabama Republican Party Chairman Bill Armistead said, “I am thankful for companies like Hobby Lobby who run their business based on Biblical truths. It is gratifying to see that the Supreme Court upheld this truth. America continues to be ‘the land of the free’ and as Hobby Lobby has demonstrated it is also ‘the home of the brave’.”  “This issue was not just about the morality of birth control and its use, it was a reiteration that Americans do not surrender their religious freedom when they open a family business. The constitutional right to religious freedom does not stop at the church doors.  I thank God for this victory and pray that it becomes the first step in restoring our constitution that President Obama has trampled time and again.”

According to the justices’ 5-4 decision, the government can instead pay for the contraception coverage that employers such as Hobby Lobby do not want to provide. The Obama Administration has stated that it will almost certainly do so. This means that women who are employed by religious corporations can still obtain contraception coverage.

Representative Roby said, “I hope this ruling helps correct the Administration’s bad habit of using agency-level rule-making to interpret laws in such a way that fits its own pet policies,” Rep. Roby said. “This time they ran square into the First Amendment’s very clear protection of Americans’ free exercise of religion. However, there are many more instances in which the Obama Administration has attempted to accomplish through executive fiat what it could not enact legislatively. I hope we will see more willingness from the Judicial Branch to affirm the separation of powers that is so fundamental to our government.”

“This decision protects the religious freedom that is guaranteed to all Americans by the First Amendment, and we’re grateful the Court ruled on the side of liberty. The central issue of this case was whether the federal government can coerce Americans to violate their deeply held religious beliefs, and thankfully the Court has upheld the proper limits on the government’s power.  The fact that Americans had to bring this case in the first place reveals once again just how intrusive ObamaCare is. It’s a misguided one-size-fits-all policy that not only failed to fix our healthcare system but has trampled on our Constitutional rights. Americans deserve a healthcare system that allows them to make the right choices for themselves, gives them more freedom, and comes nowhere close to encroaching on our First Amendment rights.”

Lily Adams at the Democratic National Committee wrote, “The Supreme Court just announced its decision in the Burwell v. Hobby Lobby case, and it’s a wake-up call. Every single one of us needs to pay attention. Today, the Court overturned a key provision that protected women’s access to affordable health care benefits.  After the ruling this morning, we all need to stand up. Add your name now to stand with Democrats fighting to protect Obamacare.”

Ms. Adams concluded, “According to the Supreme Court, the religious beliefs of a corporation officially can trump the health care options of their individual employees. Now access to the health care benefits you receive could be determined by your boss, not by you or your doctor.   While today’s decision is undeniably a step backward, we’re not done fighting to make accessible, affordable health care available for all women.”

The Foundation for Moral Law, a Montgomery-based legal foundation dedicated to the protection of constitutional liberties, praised the Supreme Court for Monday’s 5-4 ruling that closely-held corporations like Hobby Lobby cannot be compelled to fund insurance mandates that include abortion or birth control in violation of their religious beliefs.

Foundation President Kayla Moore said in a written statement that “The Foundation filed an amicus brief supporting Hobby Lobby.  In its brief the Foundation argued that the Affordable Care Act insurance mandate forced the owners of Hobby Lobby to either (1) violate their deeply-held religious beliefs or (2) forego their right to do business as a corporation.  Much of the Court’s ruling is in accord with the Foundation’s argument.”

Mrs. Moore cautioned that while the Foundation rejoices in this victory, “the battle over Obamacare is far from over.  Today’s decision protects closely-held corporations like Hobby Lobby, but the protection for other corporations and broader issues like the Origination Clause of Article I Sec. 7 are still being litigated in other cases working their way through the federal courts.  The Foundation will continue to fight these battles until the constitutional liberties of all Americans are secured against the intrusions of socialized medicine.”

Over 100 injunctions have been filed against the contraception mandate.  The Supreme Court today ruled that private, closely-held corporations like Hobby Lobby cannot be compelled by the government to pay for employees’ contraceptive medication if it violates their religious beliefs. In a 5-4 ruling, a majority of justices cited the Religious Freedom Restoration Act of 1993, which prohibits the government from burdening the free exercise of religion when there is a less restrictive way to achieve its goals. It is expected that this ruling will impact many of the other decisions pending in the federal court system.