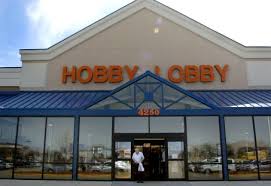 On Monday, June 30, 2014 the Supreme Court’s 5-4 decision in Burwell v. Hobby Lobby Stores was hailed as a victory by supporters of the First Amendment.

U.S. Congressman Bradley Byrne (R) from Mobile said that the Hobby Lobby case challenged the required coverage of potentially life-terminating drugs and procedures under Obamacare, as mandated by the U.S. Department of Health and Human Services.  Rep, Byrne has argued that these type of insurance policies are a broad violation of religious freedom as guaranteed in the Bill of Rights.

Rep. Byrne said: “Today’s Supreme Court decision is a major victory for religious freedom and family businesses. I hear from people across Southwest Alabama almost every day who are worried that our nation’s moral foundation is eroding. The federal government should not be able to mandate a family business abandon the Judeo-Christian foundation on which their business is built. Today’s decision affirms that very principle.”

U.S. Senator Richard Shelby (R) from Alabama said, “I am glad to see that the Supreme Court rightfully recognized that religious liberties don’t end when a family owns a business. Today’s decision is a victory for the American people‎ and a rebuke of Obamacare’s attempt to undermine our constitutionally guaranteed right to religious freedom. I remain committed to protecting the First Amendment and will continue to advocate for the full repeal of this intrusive health care law.”

Congressman Mo Brooks (R) from Huntsville said, “Today’s Supreme Court Hobby Lobby decision is a victory for the First Amendment, freedom of religion, and all Americans hurt by ObamaCare and unconstitutional abuses of executive overreach and power.”

U.S. Senator Jeff Sessions (R) from Alabama said, “Hobby Lobby is a family business that objected to a federal government mandate requiring them to pay for drugs like Plan B and Ella, which they argued was a violation of their pro-life religious views. Today’s ruling is an important step towards restoring the religious freedoms that the President’s health care law suppressed. And it is yet another rebuke for an Administration that does not recognize the limits on its power.”

Congressman Mike Rogers (R) from Saks said, “I was pleased today to see the highest court in the land uphold our religious freedoms and values.  Business owners should not be forced to compromise their beliefs for an overreaching government program like Obamacare, and I am relieved to see this strong affirmation for some of our nation’s most important principles.”

Rep. Byrne said, “I will continue to push back against the Obama administration’s efforts to grow the federal government’s influence in our everyday lives. I hope today’s ruling serves as yet another judicial rebuke of the idea that our nation’s laws can simply be overlooked to advance a political agenda.”

Rep. Rogers said that while today’s ruling is significant, it does nothing to address the larger financial challenges working families and small businesses face under Obamacare.  Congressman Rogers said, “Obamacare is one of the worst laws passed in our lifetimes. Families and seniors are paying skyrocketing premium increases all while facing fewer doctor choices. This law must be repealed, and Congress must not give up that fight.”

Rep. Brooks said, “I’m pleased the Supreme Court protected our liberties earned on the battlefield and guaranteed by our Bill of Rights. Today’s decision is a defeat for Big Government power and a victory for the average American, freedom and liberty.

“The Supreme Court’s ruling on Obamacare’s contraception mandate is a tremendous victory for our freedom of conscience. I’m proud of the Green and Hahn families for holding true to their core convictions and standing up to Obamacare’s intrusive contraception and abortion coverage mandate.  The Hobby Lobby and the Conestoga Wood Specialties businesses were built on people living out the American dream, and their owners should not have to check their religious beliefs at the door.  For the moment, the Court has restored a vital piece of the Constitution that President Obama, Harry Reid and Nancy Pelosi attempted to deny working Americans: ‘the free exercise’ of religion.  Today is a great day for all Americans.”

Freedomworks announced in a written statement, “Today the Supreme Court ruled against ObamaCare and produced a narrow win for freedom. While the ruling in favor of individual liberty wasn’t as broad as many had hoped for, the 5-4 decision in the historic Hobby Lobby case does chip away at the government’s authority to impose regulations on private businesses.”

Despite the celebration by conservatives, the Obama Whitehouse was not gracefully admitting defeat.

White House Press Secretary Josh Earnest said in a press briefing just hours after the ruling:  “Today’s decision jeopardizes the health of women who are employed by these companies.  As millions of women know firsthand, contraception is often vital to their health and wellbeing.  That’s why the Affordable Care Act ensures that women have coverage for contraceptive care, along with other preventative care like vaccines and cancer screenings.”

Earnest said, “We will work with Congress to make sure that any women affected by this decision will still have the same coverage of vital health services as everyone else.  President Obama believes strongly in the freedom of religion.  That’s why we’ve taken steps to ensure that no religious institution will have to pay or provide for contraceptive coverage.  We’ve also made accommodations for non-profit religious organizations that object to contraception on religious grounds.  But we believe that the owners of for-profit companies should not be allowed to assert their personal religious views to deny their employees federally mandated benefits.  Now, we’ll of course respect the Supreme Court ruling and we’ll continue to look for ways to improve Americans’ health by helping women have more, not less, say over the personal health decisions that affect them and their families.”

When asked about what options the Obama administration is considering to make sure that women have access to free contraceptives, Secretary Earnest said, “I’m not in a position to do that right now.  Frankly, we’re still assessing the decision and its legal implications.  We’re also assessing what practical implications there are from this decision, including what companies are actually covered by the Supreme Court decision.  As you saw, the ruling referred pretty narrowly to closely held private-sector companies.  And I’ve described in my original statement that there are a range of other institutions that are treated in different ways.  We’re also taking a look at what kinds of health care plans these companies have, and how many employees are actually affected by this decision.  So as we gather some more information, we may be in a position to better consider the range of options that are available to the President.  It is our view, as I said here at the top, though, that Congress needs to take action to solve this problem that’s been created, and the administration stands ready to work with them to do so.”

The latest poll puts Britt slightly ahead of Brooks 24 percent to 22 percent, among the 650 Republican voters surveyed.