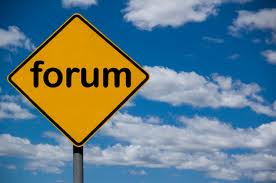 Locust Fork attorney Brett King thanked the Blount County Chamber of Commerce for hosting the debate.  King said, “I look over this crowd and I see the decision makers in Blount County…Blount County is my home.”  King said that he grew up on a farm near there with his dad and his brothers.

King said that he worked on several farms in Blount County to pay for his college education.  King went to Jefferson State Community College, then went to Auburn University, then studied at Yale University.  He studied engineering at Auburn, but ultimately went to the University of Alabama Law School.

King said, “God’s plan for my life is to practice law in a rural setting.”  Since becoming an attorney King said that he has represented 2100 individuals, small businesses, and municipal governments.

King said, “When Scott (Beason) surprised us in February I had no visions of running.  When I saw this opportunity I had to step forward.  I will continue to try to step up when these opportunities arise.”

King said that the campaign has been a good experience, “We have got people supporting us that I did not even know before this race.”

Shelnutt said that although he liked coaching and teaching, “I made the decision to leave education and pursue real estate to better the situation for my family in 2006.  I have been very blessed and successful.  I am excited to be here to talk about the issues.”

“I will not create any taxes that the voters do not vote for…we have got to create jobs in order for economic growth to provide more revenues for first responders and government services. District 17 is a huge district. We have got to get over petty feuds.  The district has four major interstates and other transportation infrastructure to grow but we have got to be business friendly and need leadership to get mayors and county commissioners working together.” Shelnutt said that he supports incentives to businesses if done right.  “When people have a job they are going to go out and buy stuff and everybody gets a raise.”

Brett King said that when Blount County wanted to raise taxes on car tags to generate revenues that measure was defeated by almost 85% of the vote.  “We want our roads in better shape but there is not money in the budget…The real answer is District 17 having a strong voice in Blount County.”  King said that the highway 160 project has been bumped for too long because it has not been made a priority in Montgomery.

King said that Blount County is really going to grow with the completion of the Northern belt line.  We need to learn from Shelby County what they did right with that kind of growth and what they did wrong.  “We don’t want to be Shelby County.”

The moderator asked King if he supported building a new landfill in Countyline.  King said that he recently had lunch with several landfill owners and he did not see a need for another landfill in Blount County and supports Governor Bentley’s moratorium on siting more landfills. King said, building too many landfills too close together is like building too many railroads too close together in the 19th century.  There is not enough business and they all lose money.  “It is not good for 30 or 40 dumps to be open and all be marginally profitable.”

Shay Shelnutt said I am against a new dump in Blount County and Jefferson County and will sign a pledge to that affect.  Shelnutt said as a realtor he understood that dumps are not good for property values.

On Alabama’s looming prison crisis, Shelnutt said, “I don’t want them (convicts) on the streets.”  Shelnutt favored building more prisons but opposes new taxes to pay for the prisons.  Shelnutt hope that a rising economy will make up an anticipated $200 million shortfall in the 2016 general fund budget.

Brett King said, “dealing with prison overcrowding will be the first thing we take on next year.  Sen. Cam Ward and others are already working on addressing sentencing reform.  Alabama has the highest incarceration rate of any state in the Union…part of that solution is addressing the problem of crime with young people. We have got to get our young people more in line with the decisions they make.” King said that he would like to hold circuit court on this (Oneonta H.S.) stage and every stage in the district so that high school students can watch a guy be sentenced to years of his life behind bars. King said that that would be a powerful testimonial for the youth to actually see.

King said that as a defense attorney he has had to deal with clients who started drugs when they were young.  They fathered babies they are not taking care of and there is nothing they can do about it because they are now behind bars.

King said that we need creative solutions to deal with the general fund problem.  Solution #1 would be to trim some fat from the Medicaid mess. “The General fund budget is being consumed by prisons and Medicaid and Medicaid is growing at 15% a year and it is going to consume the whole general fund if the State does not do something about it.”

Shelnutt thought for a minute and then said that his favorite verse of the Bible is Joshua 1:9: ‘Have I not commanded you? Be strong and courageous! Do not tremble or be dismayed, for the Lord your God is with you wherever you go.’ (NASB).  On the Constitution part of the question Shelnutt said, “That stumped me.  I don’t have a favorite part of the Constitution.

Shelnutt asked King which school did he pull for: Alabama or Auburn?

King said I spent three years of my life in Auburn.  The engineering program at Auburn was phenomenal.  I was in Tuscaloosa from 03 from 06.  We did not win a lot on the football field when I was there because of some of the coaching we had then.  The University of Alabama Law School does a great job of teaching you how to practice law.  “I am proud to be a graduate from both of our two flagship institutions.”  “Roll Tide and War Eagle baby!”
Shay Shelnutt said, “I am excited by the support.  We are both very intelligent guys.  I am a businessman.  We are both local guys. I am older than Brett.  Shelnutt said that his experience working with families on their real estate needs has prepared him to be the next State Senator.

Shelnutt said that a year ago he was sitting with his wife.  He was making a great living as a realtor, but told his wife that he wanted a challenge.  “When you have a praying wife be careful what you say.”  Well, she began praying for an opportunity for Shay and then this one opened up, when Sen. Beason chose not to seek re-election.

Blount Chamber of Commerce Director Amy Wilson told the crowd that, “The key to Blount Counties’ future will be in this election and we need a good turnout.”

The Republican Primary Runoff election is June 15 across the State.