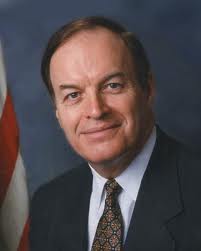 On Thursday, July 10, 2014, U.S. Senator Richard Shelby, (R) from Alabama, spoke before an emergency meeting of the Senate Appropriations Committee to review President Obama’s emergency supplemental request for more money to implement the President’s immigration strategy.  Sen. Shelby strongly criticized the Obama Administration’s failure to enforce our nation’s immigration laws and said that he has no confidence that the President’s request for more funds would solve the current border crisis.

Sen. Shelby said, “I personally have no confidence that pouring billions of dollars into our current immigration system will solve this crisis.”

Sen. Shelby continued, “The result of President Obama’s failure to enforce the immigration laws currently on the books has been predictable – and that is one of the reasons that we are here this afternoon.  Now, we are being asked by President Obama to approve a $3.7 billion request to resolve the current crisis at our border.”

Sen. Shelby said, “There are several questions that I believe need to be answered.  What exactly is the $3.7 billion going to address?  Will this request be the end?  Or will it be the beginning of many new requests by the Administration for ’emergency’ funding?  While the President is seeking billions for the admission, detention, and care of illegal children and adults, only $45.4 million is requested for the Department of Justice’s adjudication and immigration proceedings.  This fact is very troubling to me.”

Sen. Shelby said that HHS is spending more than $15,000 for every minor in U.S. custody.  For HHS, alone, the President requests an additional $1.8 billion, with no firm policy to stem the influx and no way to pay for it.  I personally have no confidence that pouring billions of dollars into our current immigration system will solve this crisis.  I think we have to get serious about enforcing our current laws and protecting our border if we are ever to get different results.”

Sen. Shelby said that, “In 2011, HHS took custody of 6,560 unaccompanied children coming to this country illegally.  Today, that number has skyrocketed.  Indeed, since last October, roughly 52,000 unaccompanied children have illegally entered the United States.  Customs and Border Protection estimates that as many as 150,000 children may attempt to cross the border in 2015.  If we continue to double down on the same failed immigration policies, where does that take us in 2016, 2017, and beyond?”

Sen. Shelby concluded, “I look forward to working with the Committee to ensure that we do not reward illegal immigration.  I believe that we must start with actually securing our border, enforcing our Nation’s immigration laws, and definitively saying “no” to people who come here illegally.”  Sen. Shelby is the Vice Chairman of the Senate Appropriations Committee.

Senator Jeff Sessions (R) agreed with his Alabama colleague.  Sen. Sessions said, “Congress must not acquiesce to spending more taxpayer dollars until the President unequivocally rescinds his threat of more illegal executive action… Congress cannot surrender to this lawlessness. Acting in defense of Congress, our constituents, and their communities, we must stand firm. This transcends politics. It is about our duty as constitutional officeholders. It is about the solemn oath we all took as Members of Congress.”

The Alabama Policy Institute’s Cameron Smith wrote on Wednesday, July 16, “President Obama’s DACA program falsely fueled hope for thousands of would-be immigrants seeking opportunity for their children. Now those parents who traveled with their children and thousands of unaccompanied children are detained and being carted around the United States as our government attempts to sort out their return. The President accurately recognizes the “immediate humanitarian crisis,” but he fails to acknowledge his role in creating it.”

Conservative groups have announced plans to protest the current border crisis and a controversial immigration reform proposal that is under consideration in the U.S. House of Representatives.  The National Day of Protesting Against Immigration Reform, Amnesty, and Border Surge will be held over two days on July 18 and 19.

The stated purpose of the National Day of Protest is to raise awareness of the issue among the public and to send a message to Congress not to pass any form of amnesty, that the current chaos on the border is unacceptable, and that the border should be secured and current immigration laws should be enforced.

For more information about the anti-illegal immigration rally in the Birmingham area contact Deanna K. Frankowski at 999-1592.