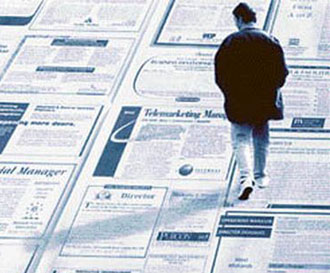 MONTGOMERY – After a back and forth flurry of “hypotheticals” between the State’s Executive and Legislative leadership last week, the leading GOP proposal on how to deal with flat revenues and an increased need for State spending has become clear: cut Alabama’s public sector workforce….again.

The plan, propagated by Senate Pro Tem Del Marsh, R-Anniston, came in reaction to comments made by Governor Bentley that seemed to indicate he was open to tax increases as a method of closing the gaps between the State’s spending and revenues.

“It’s always my desire not to raise taxes, but I also know we have to have revenues,” Bentley told the Associated Press, a comment which left the Governor open to wide criticisms from legislative leadership, who immediately released statements gawking at even the possibility.

“Given the fact that a large percentage of our Republican legislative candidates have taken pledges against new taxes, any broad-based levies would likely be difficult to pass,” Rachel Adams, a spokesperson for Speaker of the House Mike Hubbard said in a statement responding to the Governor’s comments.

Sen. Marsh, though, went even further:

“I’m not going to support any tax increase,” he said. Instead, Marsh elaborated on what he thinks should be done – cutting more state jobs to improve budget numbers.

Now, Sen. Marsh says even more state job cuts are needed to patch together the budgets. “In fact,” Marsh said after commenting on his opposition to increasing taxes, “I look at this as a further opportunity to right-size government.”

Marsh told Alabama Media Group that on top of the eleven percent cuts made last year, an additional nine percent of the workforce should be on the chopping block – a move that would affect about 3,000 Alabamians, permanently terminating their salaried positions, and leaving Alabama’s public sector workforce at a total of about 32,000, eight thousand middle class jobs less than just two years prior.

As for the Governor’s reaction to Marsh’s plan, while it may not be written in stone, it seems Bentley is reluctant to do anything but agree with the Senator, a quality that may reflect the current (in)balance between the executive and legislative branches in Alabama government. Bentley, as one example, recently announced that a special session asking legislators – again –  to pass his recommended teacher pay raise is increasingly unlikely. Similarly, on this issue, Bentley seems to have deferred to the legislature, with his press secretary all but taking back the Governor’s comments on taxes.

“The governor’s goal is not to raise taxes, period,” she said. “We know there is a revenue issue in the next budget year. But it’s very early and the governor is looking at all options to make up the revenue shortfall.”

In addition, the Governor’s press secretary said Bentley, like Marsh, will be “looking at further efforts to streamline government,” a phrase that could mean that a nine percent “right-sizing” of Alabama’s public work force is all but inevitable.