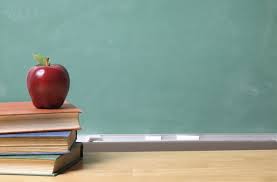 MONTGOMERY – Since the release of a report on SGO finances earlier this month by the Alabama Department of Revenue, proponents of the Accountability Act have gone to great lengths to defend the numbers reported therein.

Showing the distribution of only nine scholarships statewide in 2013 despite nearly $25 million in collections at the expense of the ETF, the report outlined minimal demand last year despite a well funded effort on the part of the groups including direct mail campaigns to provide the scholarships to those in schools labeled “failing” under the law – and even to those in non-failing districts – a goal not enumerated by the original bill sponsors.

“Don’t let the facts get in the way. 1300+ scholarships awarded since January,” Cantrell posted on Twitter.

There’s no doubt: that may be true, but those scholarships would be 2014 ones, not scholarships covered by the recently released ALDOR report, which includes 2013 statistics. The fact is there are no definitive scholarship numbers released yet for 2014, because the Department of Revenue will not release those figures until this time next year, a length of time APR is willing to wait for accuracy.

In Florida, a tax credit operated “school choice” program model has been growing for years. In 2006, it was temporarily slowed when the Florida Supreme Court declared the practice unconstitutional, saying “it violated the Constitutional mandate to provide a … high-quality system of free public schools” due to the inordinate amount of taxpayer dollars going to private schools under the scheme. After, though, legislators found a loophole and reenacted a similar plan, which was nearly expanded earlier this year despite widespread public opposition.

During all of this, a cautionary narrative arose regarding those willing to hazard prospective guesses as to potential numbers of students to be granted scholarships.

The effort in Florida to pass an expansion gained regional attention when proponents of the bill began spewing different numbers in reference to the number of students “waiting” on scholarships under the program. Though claims ranged from ten thousand kids to a hundred thousand kids including claims form Step up for Students executives, the Florida Department of Education confirmed that no such list exists in their possession, and a spokesman for Step up for Students told CBS Miami that no waiting list was actually kept for this year. Below is a list of the number of students on a waiting list different proponents of the expansion have claimed, as compiled by a blogger at Huffington Post, sorted the date each claim was made:

•    Feb 14 – Step Up for Students President- 50K-“to completely eliminate those on the wait list..need to fund 50K more students.”
•    Feb 20 – Step Up For Students, VP, Jon East- 34K -“we have 34K who started the application process” waiting for funding.
•    Feb 27 – House Speaker Weatherford -30K “30K on wait list but only 6K students will benefit in near term if this bill passes.”
•    Mar 4 – House Speaker Weatherford’s opening speech – “tens of thousands longing to send their children” to voucher schools.  Mar 4 – Senate President Gaetz’ opening speech- 10K – “10K students waiting in line for vouchers.”
•    Mar 5 – Rep. Manny Diaz- 50K -Diaz must not have heard opening speeches because he told Miami Herald – “50K students are waiting”
•    Mar 6 – Jon East, VP, Step Up For Students – 25K – lowered his figure from two weeks priot to now “25K students waiting”
•    Mar 7 – Rep. Manny Diaz, Jr. -25K “25K were not able to receive vouchers this year because we ran out of money.”
•    Mar 28 – Rep. Erik Fresen – 100K at House Education Appropriations Hearing- “We have 100K students on the wait list for vouchers.”
Lawmakers in Alabama have tried to expand the Accountability Act in ways which parallel that of Florida.

During this year’s legislative session, which ended last month, HB558, sponsored by Representative Chad Fincher, would have made several significant changes to the law.  The tax credit cap for donating to so-called SGOs, which is currently set at $7,500 per individual taxpayer in Alabama, would be removed under the bill’s revisions to the AAA, but it would not affect the total cap of twenty five million dollars set aside for use in matching creditable donations to so-called Scholarship Granting Organizations, whose purported aim is providing scholarships to students to attend non-“failing” institutions.  The Alabama Department of Education determines the list of “failing” schools annually.

In addition to removing the individual cap on tax credits, Fincher’s proposed legislation would have expanded the definition of the eligible “individual taxpayer” to include S-corporations and LLCs, in effect allowing these entities an unlimited shot at the $25 million in tax credits in a manner reminiscent of Citizens United.  Many viewed Representative Fincher’s bill as a move to incrementally push Alabama towards more drastic changes like eliminating or increasing the overall cap for donations that can be tax credited.

A representative for the Riley-Kirtley SGO testified at the public hearing for the bill during the session, saying that the committee should “consider whatever it takes, whatever that means” to ensure the financial stability of scholarship granting organizations throughout the Yellowhammer State.

Notably, John Kirtley and his Florida SGO operate under a system where only 3 percent of total SGO donations can be taken by the organization as an “administrative” fees, which has lead to tens of millions to Kirtley’s Florida SGO operation, as opposed to Alabama, with a cap of 5 percent, under which the Riley-Kirtley SGO now operates. There is also no clarification under the law as to where collected money is to be stored, and where any profits from interest are to be forwarded.

As APR has noted, the Alabama Department of Revenue will publicly disclose SGO finance numbers, just as this year, next summer. When they come out, APR will report the findings, be it 9, 90, 1300, or 50,000.

Support for online education is growing among both Republicans and Democrats

The 2020 Education Next Survey revealed that support for online education is growing sharply, according to new results released this week. Approval of school...