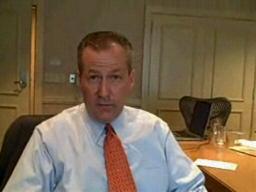 MONTGOMERY – Speaker of the Alabama House Mike Hubbard has dismissed the contents of a recently leaked internal RSLC memo in which the national GOP group assesses dubious and likely illegal activities surrounding Hubbard’s 2010 “Storming” of the State House, saying the report of the document is “rehashing events already reported by the press” – and mostly, he’s right.

The document released by Politico this week, an internal memo of the Republican State Leadership Committee, a national GOP group, analyzes a money laundering scandal allegedly initiated and perpetuated by Speaker Mike Hubbard in which he funneled donations from politically toxic sources like the Poarch Creek Indians through the RSLC in order to avoid disclosure, an action the memo asserts is illegal under state law.

Though sorting through Hubbard’s dirty laundry can be a mess, the Alabama Political Reporter revealed nearly all of what is detailed in the memo through investigative reporting completed as early as 2012.

As laid out in the memo, Hubbard had a dollar-for-dollar agreement with officials inside the national GOP organization under which the Speaker would send contributions to the RSLC and the group would then cut checks for candidates of his choice, to be sent to the Hubbard’s office for personal distribution.

This is old news. APR’s editor Bill Britt outlined these transactions in December of 2012 in an article revealing that the then newly created special grand jury had subpoenaed records regarding Hubbard’s time as ALGOP chairman:

“There are reports that Hubbard, while head of the ALGOP, took money from the Poarch Creek Band of Indians that was filtered through the RSLC. On October 10, 2010, the Republican State Leadership Committee reported receipt of $250,000 from the Poarch Creek Indians. On October 14, 2010, the RSLC reported an expenditure of $200,000 to the Alabama Republican Party,” he wrote.

“Of much greater concern, however, is the question of what might be revealed by any sort of investigation or additional scrutiny as a result of the PAC-to-PAC transfer controversy. By themselves, RSLC’s public financial disclosures appear to raise serious question about RSLC’s financial activity in Alabama. These records show, among other things, that RSLC received several hundred thousand dollars from politically-toxic sources in Alabama, including the Poarch Creek Indians, who have sizeable casino/gaming interests… At almost the same time, the records show that RSLC’s Alabama-registered entity (RSLC-AL) made contributions of almost the same amount… This includes… $850,000 in contributions to the Alabama Republican Party.”

APR additionally covered questionable transactions involving Citizens for a Better Alabama, which we revealed had funneled money raised by then Governor Bob Riley through an interview with the PAC’s director, an issue not addressed by the memo.

Also not noted in the document obtained by Politico – reasonably, as they are not RSLC transactions – were the successful efforts of Senate Pro Tem Del Marsh in soliciting around half a million in campaign cash from Poarch Creek through personal visits to the tribe, reported here by APR in October of 2012.

It’s also not the first time Alabama’s Republican leadership has caused what the memo refers to as “PAC-to-PAC controversy.”

On the day Governor Bob Riley signed the PAC-to-PAC transfer ban, Hubbard awarded several of his top campaign staffers with $38,000 win bonuses that had been transferred from one political action committee to another at the behest of top GOP lawmaker Sen. Jabo Waggoner, a story we reported on here.

Speaker Hubbard is currently under investigation by a Lee County Grand Jury. As all proceedings are secret under law, what APR editor Bill Britt wrote of the RSLC funneling in late 2012 still rings true: “It is not known if this is part of the grand jury investigation, but those close to the proceeding agree it may have some bearing on the case.”

The Alabama Political Reporter has done its part to carefully sort through the Speaker’s dirty laundry, a fact merely reinforced by Politico’s leaked document.

Now, it is the Lee County Grand Jury’s turn.

Rep. Barry Moore, indicted by the Grand Jury in April for lying in the course of the investigation against Hubbard, is set to begin in mid-September.

Further questioned about Politico’s report, Speaker Hubbard said it is “not worth the paper it is printed on.”