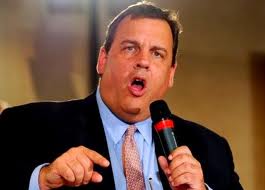 On Wednesday, August 13, Alabama Governor Robert Bentley (R) will be joined by New Jersey Governor, Chris Christie (R) for a tour of the Southern Research Institute (SRI) in Birmingham. This will be followed by a fundraiser to assist Gov. Bentley in his re-election efforts. The New Jersey Republican is head of the Republican Governor’s Association (RGA) and will be attending and headlining a Birmingham fundraiser for the RGA as well.

Gov. Christie has won two terms as Governor of New Jersey, even though his state has voted for President Obama by a wide margin, twice, during this same period.  The Governor is popular for his many reforms to New Jersey State government.

The New Jersey Governor has been mentioned as a possible contender for the Republican Presidential nomination in 2016.

The Republican Governors Association is raising funds to help Republican governors, like Gov. Bentley, in their efforts to win re-election.

Gov. Christie has been widely attacked in the mainstream media for his alleged role in “Bridgegate” where staff allegedly ordered that lanes on an important commuter bridge be shut down because the Mayor of the town would not support the Governor’s reelection effort.

Some GOP critics of Christie have complained that as head of the RGA, Gov. Christie has not committed RGA funds for the campaign of New York GOP gubernatorial candidate Rob Astorino, who is running against incumbent Gov. Andrew Cuomo.

The New York Post is reporting that Louisiana Gov. Bobby Jindal (R) has agreed to host a fundraiser for Astorino in Westchester County because, according to the Post, he “believes this race is winnable,” while Gov. Christie has reportedly dismissed Astorino’s campaign as a “lost cause.”

The Daily Caller is reporting that Indiana Gov. Mike Pence, Texas Gov. Rick Perry, and Wisconsin Gov. Scott Walker have also agreed to campaign and fundraisers for Astorino.  Governors Pence, Perry, Walker and Jindal have all been mentioned as possible presidential candidates.

Some conservatives have criticized Gov. Christie as being too moderate to energize the Republican base.  Supporters argue that the base will be motivated after eight years of President Obama and that Republicans need to start making inroads with swing voters in blue states if they are going to regain the White House and that Christie has the real world governing experience to be an effective President.

SRI is a not-for-profit contract research organization that employs approximately 500 people. Southern Research Institute conducts research in a variety of fields including in the area of drug discovery, pre-clinical drug development, advanced engineering, environmental protection and renewable energy.  SRI is on 9th Avenue South in Birmingham.

The media has been barred from both of the fundraising events, an increasingly common practice in Alabama politics.