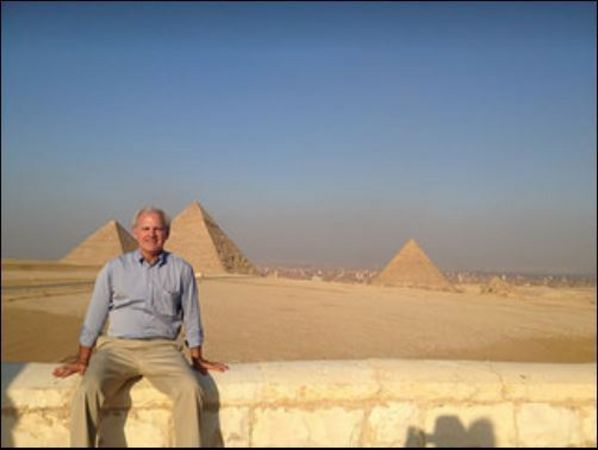 On Friday, September 5, it was announced that Congressman Bradley Byrne (R) from Montrose, is returning to the United States after a ten day trip to the Middle East with House Armed Services Committee Chairman Buck McKeon (R) from California.

Rep. Byrne said in a written statement, “This trip to the Middle East could not have been more timely given the numerous foreign policy challenges in the region right now. Each country had unique concerns relating to the rise of Islamic extremists, whether it be ISIS in Iraq, Hamas in Gaza, the Muslim Brotherhood in Egypt, or Boko Haram in Africa. In order to combat these organizations and their horrible practices, we will need the support and help from Middle Eastern nations. Each country we visited expressed a willingness to work with the United States, but a clear strategy is lacking. Time is of the essence here.  The President must get off the sidelines and start leading.”

Congressman Byrne also visited with American military personnel stationed in the Middle East.  Rep. Byrne said, “Visiting with some of our military personnel stationed overseas gave me an even deeper appreciation for our military families and the unique sacrifices they make on a daily basis. It was an honor to talk directly with some of our servicemen about the challenges they face, and I look forward to using the valuable insight gained from this trip as I continue my work in Congress.”

Byrne’s visit corresponded with a busy week in the Middle East.  The U.S. launched air strikes against both ISIS forces in Iraq and similar militants in Yemen.  Despite U.S. air strikes, ISIS beheaded two American journalists and continued its ethnic cleansing campaign against Christians, Yazidis, and other ethnic minorities.  Two Americans from Minneapolis were killed fighting for ISIS. There are reports that up to 300 Americans may be serving with ISIS forces.  Meanwhile in Libya, Tripoli has fallen to a militant militia and there is relative peace in Gaza as Hamas and Israel appear to be holding to the ceasefire. In Nigeria, the leader of Boko Haram has declared his own Islamic State.

Congressman Bradley Byrne represents Alabama’s First Congressional District.  He is seeking his first full term to the United States Congress. Byrne was elected in December following the unexpected retirement of Congressman Jo Bonner (R).  The popular Rep. Bonner retired to accept a position with the University of Alabama System.

This was the first CODEL that Congressman Byrne has participated in.

The result of a hasty American pullout has been a military, humanitarian and diplomatic disaster.