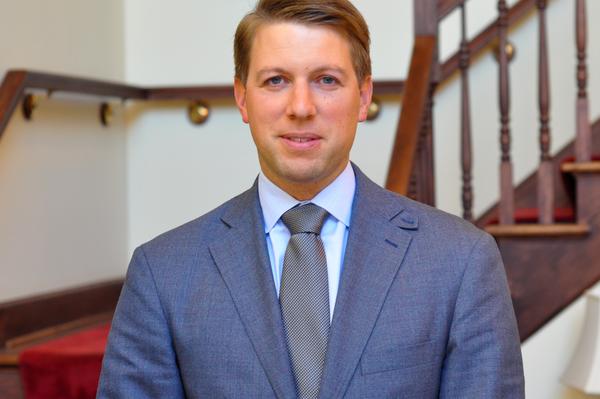 Gary Palmer co-founded and led the Alabama Policy Institute (API) for most of his adult working life to this point. Now, he is the Republican nominee for Alabama’s Sixth Congressional District and API’s Vice President and CFO Caleb Crosby has been named as API’s new President. API announced the change on Wednesday, September 10 in a press release.

In a written statement, the new President Caleb Crosby said, “It is an honor to lead the Alabama Policy Institute in its ongoing pursuit to be the premier resource for conservative policy ideas in the state. I am grateful to Gary for his foresight and tireless efforts to grow this organization into what it is today. We will strive to build upon the excellent foundation laid over the past 25 years, and will remain true to the principles on which API was founded: free markets, limited government, and strong families.”

Former API President Gary Palmer said, “Caleb has the passion and the knowledge to lead the Alabama Policy Institute and take the organization to the next level. Caleb has exhibited remarkable leadership as API’s CFO. I have complete confidence that he is the right person to serve as the next President.”

U.S. Senator Richard Shelby (R) from Alabama said, “I am pleased to congratulate Caleb Crosby on his new role as President and CEO of the Alabama Policy Institute. API has kept Alabamians informed and championed the conservative cause throughout its 25-year history, and I wish Caleb the very best as he leads API into this new chapter.”

U.S. Senator Jeff Sessions (R) from Alabama said, “This year, API celebrates its 25th year of providing cutting edge research and analysis that has been a great asset to Alabama and national government. Such work is often critical to helping develop sound policies. Under Caleb’s leadership, I look forward to the continued timely and informative products of the Alabama Policy Institute, which has long been of great importance to the state.”

Former President Gary Palmer has stepped down in order to better prepare for his General Election contest on November 4 versus Birmingham Southern College history professor Mark Lester (D). Palmer was the President of API since September 1989 until he transitioned into the role of Chief Development Officer after his announcement that he was running for the Congressional seat currently held by Republican Spencer Bachus. Bachus announced last fall that he was not seeking another term in the Congress.

Crosby has been API’s Vice President and CFO and has three and a half years of experience with API. Crosby has extensive experience as a GOP campaign fundraiser beginning with the 2004 campaign to re-elect President George W. Bush (R). Crosby served the Bush administration at the EPA and as a financial policy advisor to President Bush. Crosby also served at Treasury under then Treasury Secretary Hank Paulson. In 2008, Crosby became the CFO at the National Republican Congressional Committee (NRCC). The NRCC is the Republican Party’s chief fundraising committee dedicated to electing Republican candidates to the U.S. House of Representatives.

According to information filed with the U.S. Federal Election Commission, Caleb Crosby is the treasurer of American Crossroads PAC, a Super PAC which is controlled by former George W. Bush White House consultant and Fox News Contributor, Karl Rove.

According to API’s statement, “Crosby has provided strategic financial management, compliance and operations guidance to campaigns, political committees, non-profit and for-profit organizations across the country, managing more than a billion dollars in revenue and expenditures.”

API is a non-partisan non-profit 501(c)(3) influential Alabama based think tank devoted to promoting policy solutions that are dedicated to the preservation of free markets, limited government and strong families.