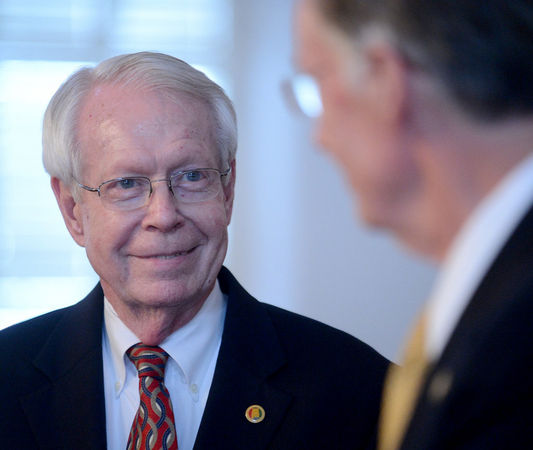 On Monday, September 15, Alabama Secretary of State Jim Bennett (R) announced in a written statement that September is National Voter Registration month and is a good time for citizens who are not registered to vote to do so.

Sec. Bennett said in a written statement, “Whatever the election, whatever the issue, our citizens have the right to express their voice with their vote. It is important to go to the polls on every Election Day and exercise that right.  We want to make sure every citizen who wants to vote is able to. It is also important for registered voters who have moved to update voter registration records with their current address information so that they can be placed in the right districts.”

According to the information provided by the Alabama Secretary of State’s office, Alabama citizens can register to vote at their local board of registrars.  Under federal law they can also fill out and submit voter registration forms at all state and/or county offices that provide public assistance.  In Alabama, public assistance offices, such as Medicaid, WIC, and DHR, must distribute voter registration forms, provide assistance in completing the forms if necessary, and accept such forms. These offices must then forward the forms to the local boards of registrars.

Alabamians can also fill out and submit a voter registration form when obtaining or renewing a driver’s license or when applying for a library card at any county library as well as in many city libraries.

To find a downloadable voter registration forms and absentee ballot applications, or look up your polling place, go to the website: www.AlabamaVotes.gov

To vote in this year’s election you must have a photo ID.

More information about that law can be found at www.AlabamaVoterID.com.

Sec, Bennett said, “Register, vote, and participate in Alabama elections,  One vote can make a difference.”

Starting with the statewide primary in June, the state is requiring that all voters present valid photo IDs when they come to the polls.  Sec. Bennett said, “We want to make sure that every voter has their photo ID ready, or if they do not have one that will be acceptable at the polling place, that they can get one for free.”

To receive a free photo voter ID, a voter can visit their local Board of Registrars office or the Secretary of State’s office during their weekly hours of operation. There is no cut-off date to receive a photo voter ID card; a voter may receive one up to and on Election Day.

Voters without a valid photo ID on Election Day will have to vote a provisional ballot.  If the voter obtains a photo ID by the Friday following the election, the vote can be counted if the voter takes the photo ID to the Board of Registrars by 5:00 PM on that Friday.  A voter can also receive a free non-driver ID for purposes of voting at any office that issues non-driver ID cards.

If a voter possesses any of these forms of photo ID, they are not eligible to receive a free Alabama photo voter ID card.  The voter must bring one of these photo IDs to the polls on Election Day or place a copy of the photo ID in absentee ballot materials.  No voter should ever be turned away from the polls for not having a photo ID.  If a voter does not have an acceptable photo ID, the voter can vote a regular ballot if he or she is positively identified by two election officials or that voter can vote a provisional ballot.  For more information on the process on how to receive a free photo voter ID, voters can call 1-800-274-VOTE or go to www.alabamavoterid.com.