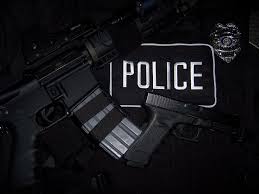 Monday, September 29, the U.S. Department of Justice, Office of Community Oriented Policing Services (COPS) announced a funding award to the Alabama Law Enforcement Agency (ALEA) to create or protect twenty-five law enforcement positions within the Department of Public Safety. Nationally the COPS program will award $124 million over a three year period. ALEA will receive $3,125,000 of that.

The Director of the COPS Office, Ronald L. Davis said in a statement, “The COPS Office is pleased to assist local law enforcement agencies throughout the country in addressing their most critical public safety issues. Funding from this year’s program will allow many cities and counties to apply new sworn personnel to issues related to violent crime, property crime, and school safety.”

Alabama Secretary of Law Enforcement Spencer Collier said in a statement, “Our first priority is increasing the number of state troopers on the road. The troopers have been understaffed for a number of years due to budget cuts and restraints. This grant will allow us to better serve and protect the citizens of Alabama by hiring additional state troopers.”

U.S. Attorney George Beck Jr. from the Middle District of Alabama said, “The Department of Justice is proud to support the brave men and women of law enforcement that serve and protect our communities every day. The U.S. Attorney’s Office is committed to reducing crime and increasing public safety. This funding will provide additional resources for law enforcement to develop and implement strategies to reduce violent crime, dismantle drug organizations, and save lives.”

According to information in the release, the COPS Hiring Program offers grants to state, local and tribal law enforcement agencies to hire or rehire community policing officers. The program provides salaries and benefits for officer, deputy, and trooper hires for three years.

Grants for the 2014 hiring program were selected based on their fiscal needs, local crime rates, and community policing plans.

State Law enforcement agencies have been reeling from three years of cuts to state general fund budgets due to a sluggish economic turnaround from the Great Recession of 2008-2009 and exploding Medicaid costs which take an increasingly large portion of the State’s general fund budget. State funding for law enforcement is likely to take another hit in the Fiscal Year 2016 budget, based on current revenue projections.

The COPS Office is a federal program which is responsible for advancing community policing nationwide. Since 1995, COPS has awarded over $14 billion in grants to advance community policing, including grants awarded to more than 13,000 state, local, and tribal law enforcement agencies to fund the hiring and redeployment of approximately 125,000 officers and provide a variety of knowledge resource products including publications, training, and technical assistance.

For the entire list of grantees and more information about the 2014 COPS Hiring Program, visit the COPS website: