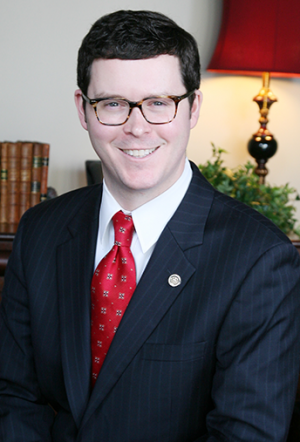 MONTGOMERY—Not only is Rep. Joe Hubbard surging forward in the latest polls in the Attorney General’s race, he has also picked up a new powerhouse donor.

In Hubbard’s latest FPCA filings, he received a total of $761,215.00, in campaign contributions; the lion’s share coming from the Poarch Creek Indians (PCI). He has also received $250,000.00 from the politically active real estate developer republican Stan Pate.

Pate, a one time supporter of Gov. Bob Riley, broke with the governor over his “Amendment One” attempt to overhaul the State’s taxation law, and his war on electronic bingo. Pate labeled the governor “Billion Dollar Bob” and even paid for a banner to be flown over the Rose Bowl during the 2010 BCS National Championship calling for Riley’s impeachment.

Current Attorney General Luther Strange has in many ways continued to execute Riley’s war on electric bingo by targeting the Poarch Creek and Milton McGregor’s VictoryLand. These activities by Strange have certainly motivated the PCI to invest large amounts of cash into the AG’s race. Strange, who is the republican, incumbent, should have the advantage; but recent polling suggests otherwise.

Incumbent Attorney General Luther Strange only received $60,085.00, in campaign contributions during the same period, with ALAPAC, being the single highest donor at, $10,000.00. However, many political action committees are supporting Strange, where Hubbard is relying on a few well-heeled donors, and a handful of individuals.

It is rumored that Billy Canary, Chairman of Business Council of Alabama, (BCA) has refused to offer Strange financial help because of the Lee County public corruption probe. It has been speculated that Canary, a close associate of Speaker Mike Hubbard, may himself face criminal indictment.

If Canary is purposely withholding support of Strange, this calls into question the BCA’s relationship with its most powerful supporters. If speculation about Canary’s involvement with Hubbard turns out to be factual, the BCA has bigger problems and some embarrassing questions to answer to its members, who may be tarred by a Canary fail.

For now, the tug of war between Joe Hubbard and Luther Strange seems to be an even match, although, indictments out of Lee County may turn to Strange’s advantage.

Perhaps Maddox's biggest challenger is a man who is not on the ballot, Tuscaloosa-based real estate developer Stan Pate.

The governor’s study group will hold a press conference on the front steps of the Alabama Capitol on Friday.