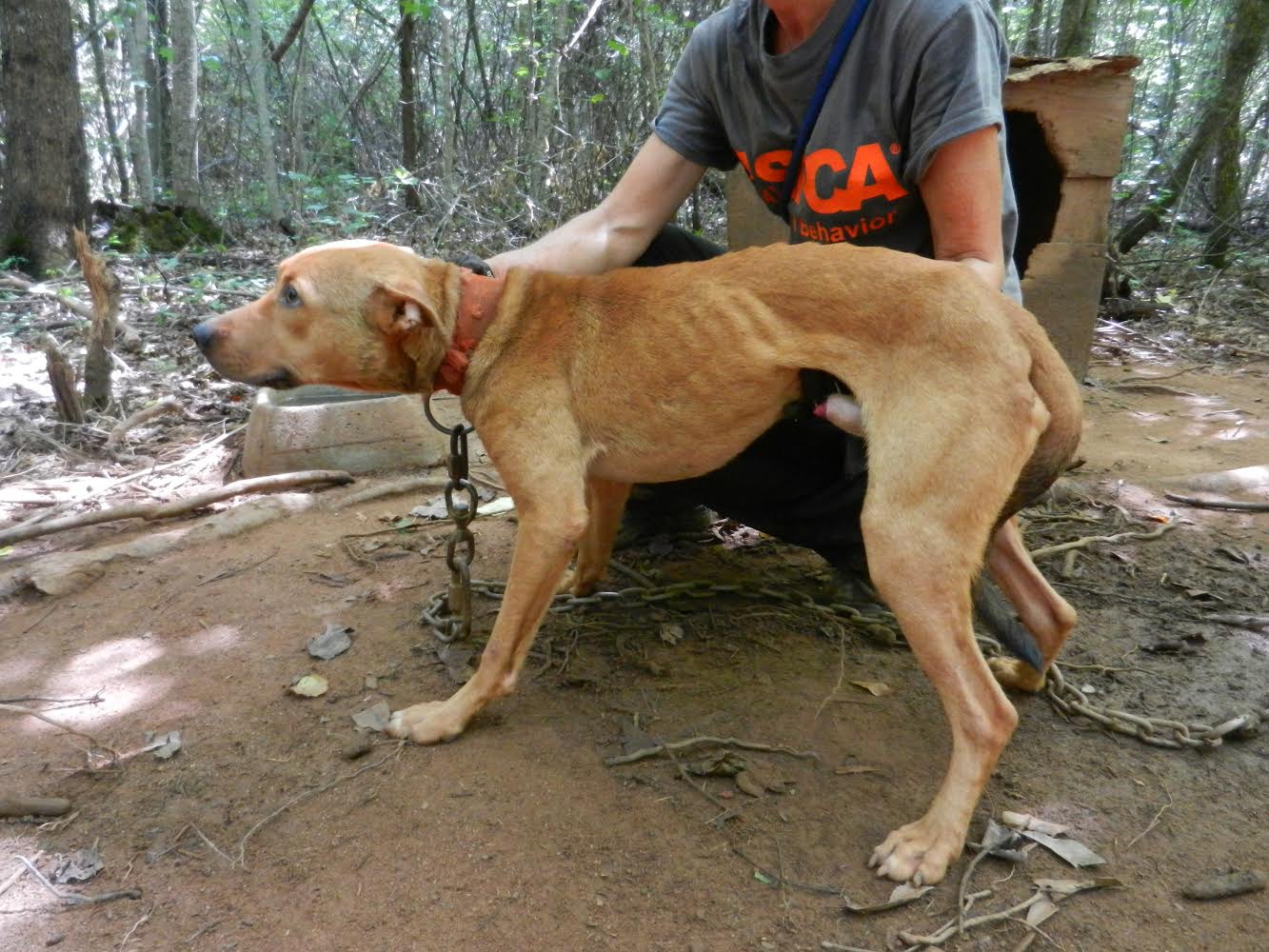 The sentences ranged from six months to eight years, which is the longest prison term handed down in a federal dog fighting case to this point.

U.S. Attorney George L. Beck Jr. said in a statement, “These dogs lived in deplorable conditions that constituted extraordinary cruelty.  They were made to fight and if they lost, they were killed.  In addition to the brutality experienced by the dogs, these events attracted drugs dealers and illegal gambling. It was not uncommon for large amounts of cash, often between twenty and two-hundred thousand dollars, to change hands.  The prospect of huge profits made these fights even more popular and provided a venue for other criminal activity.  I hope that these sentences demonstrate the seriousness of this crime and will deter others from committing these atrocities.”

Throughout the hearing, U.S. District Judge Keith Watkins commented on the extreme cruelty committed both due to dog fighting and the conditions in which these dogs were forced to live. Judge Watkins further reiterated that the federal sentencing guidelines for dog fighting are wholly inadequate to address the seriousness of the crime.

Judge Watkins also ordered that after their release from prison, each defendant serve a two or three-year term of supervised release. While on supervised release, the defendants are prohibited from possessing dogs.  Further, a restitution hearing will be scheduled in the future where the defendants may be ordered to pay restitution to the ASPCA and The HSUS for the cost of caring for the seized dogs. Some defendants will be required to attend a drug program due to the large amounts of drugs involved with this case.

The Vice President of ASPCA Field Investigations and Response Tim Rickey said in a statement, “This is truly a landmark case for the animal welfare community.  We hope this case serves as a precedent for future dog fighting cases and sends a message to dog fighters everywhere that this crime will be prosecuted to the fullest extent of the law. We are grateful to Assistant U.S. Attorney Clark Morris of the Office of U.S. Attorney George L. Beck for her determination in seeking justice for the hundreds of dogs tortured at the hands of their owners.”

The Animal Society for the Prevention of Cruelty to Animals and the Human Society of the United States assisted federal authorities by caring for the hundreds of seized dogs and providing for their care following the raids.  The dogs have since found new homes.  Assistant United States Attorney Clark Morris prosecuted the case.

Dog fighting is illegal in Alabama and in all 50 states it is also a Federal crime.  Then Atlanta Falcons quarterback Michael Vick was successfully prosecuted and served time for his involvement in a dog fighting ring.

No matter where it’s coming from, it’s ending up in our state and wreaking havoc.