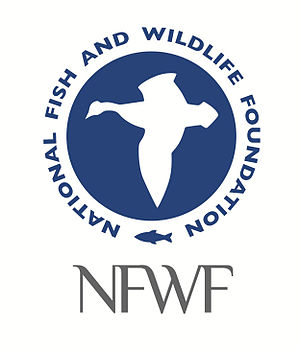 Gov. Robert Bentley said in a statement “The Gulf Coast of Alabama is one of the state’s greatest natural treasures, and it is important that we restore it from the harm caused by the 2010 oil spill,” Governor Bentley said. “The $9.6 million we will receive from the National Fish and Wildlife Foundation will support our continued long-term recovery efforts from the adverse effects of the oil spill. I appreciate all of our local, state and federal partners who are working with us in this long-term recovery effort to restore the Alabama Gulf Coast.”

Alabama Department of Conservation and Natural Resources Commissioner N. Gunter Guy, Jr. said, “This announcement is the result of a coordinated effort between the State of Alabama and the National Fish and Wildlife Foundation. These projects will significantly enhance long-term restoration and protection of our natural resources based upon sound science ensuring sustainability and resiliency of our coastal ecosystem.”

The 2014 Alabama Projects include, $3.6 million dollars for the Alabama Barrier Island Restoration Assessment.

This project will conduct an engineering feasibility study to assess the current and future function of Dauphin Island, develop an array of options for restoration, and evaluate the feasibility and cost associated with sustainable restoration actions. Dauphin Island is a 14-mile barrier island protecting the Alabama coast.

ALMMSN works to enhance survival of live stranded animals and provide continuous, consistent and scientifically rigorous data collection from stranded marine mammals to better and more rapidly define causes of death, and define relationships between environmental variables and stranding patterns. The funding will be used for ALMSN operations and to train dedicated personnel for future marine mammal stranding responses.

The third $1.8 million dollar grant will be used on a study of the fisheries. According to the Governor’s statement, the data will be used to improve ecosystem-based management capabilities, assess the recovery of reef fish stocks in association with other fisheries restoration efforts and improve and expand single-species stock assessments for managed fish species.

The money comes from the criminal penalties settlement with the Department of Justice on the Deepwater Horizon oil spill. BP and Transocean agreed to pay $2.544 billion dollars to the National Fish and Wildlife Foundation over a five-year period for project expenditures in all five Gulf States. The funds are the second installment from NFWF’s Gulf Environmental Benefit Fund.

Critics of the deal argued that the money should have been paid directly to the affected states instead of to the Foundation.

At the time US Attorney General Eric Holder said, “The $4 billion in penalties and fines is the single largest criminal resolution in the history of the United States and constitutes a major achievement toward fulfilling a promise that the Justice Department made nearly two years ago to respond to the consequences of this epic environmental disaster and seek justice on behalf of its victims, We specifically structured this resolution to ensure that more than half of the proceeds directly benefit the Gulf Coast region so that residents can continue to recover and rebuild.”

The criminal penalty funds will be largely directed by the National Fish and Wildlife Foundation.