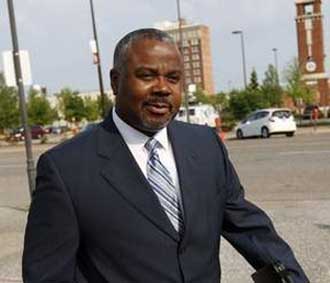 Senator Ross said in a written statement, “I am humbled and honored to be elected to the position of Minority Leader by my Democratic colleagues in the Alabama Senate. I look forward to working tirelessly with the Majority leadership and other elected officials to address the critical issues facing the State of Alabama for the next four years.”

Ross is succeeding Senator Vivian Davis Figures (D from Mobile) as Minority Leader. Sen. Figures did not seek reelection for the position. Figures will assume the position of Treasurer for the Caucus.

Ross is serving his fourth term in the Alabama Senate representing District 26. Ross has a bachelor’s degree in Political Science, a Master’s degree in Education, and a Doctorate in Educational Leadership, Policy and Law from Alabama State University.

Senators Quinton Ross and Vivian Figures join just six other Democrats in the Alabama State Senate. The 26 Republicans State Senators make up a commanding super majority in the Senate and can effectively rule matters within the GOP Caucus without consulting the Democrats and the one independent (former Republican Harri Anne Smith from Dothan) if they were to choose to do through the filibuster closing off debate.

Democrats will need to find common ground with Republicans to move legislation or to defeat legislation.

The legislature will formally elect its officers during a legislative organizational session in January.