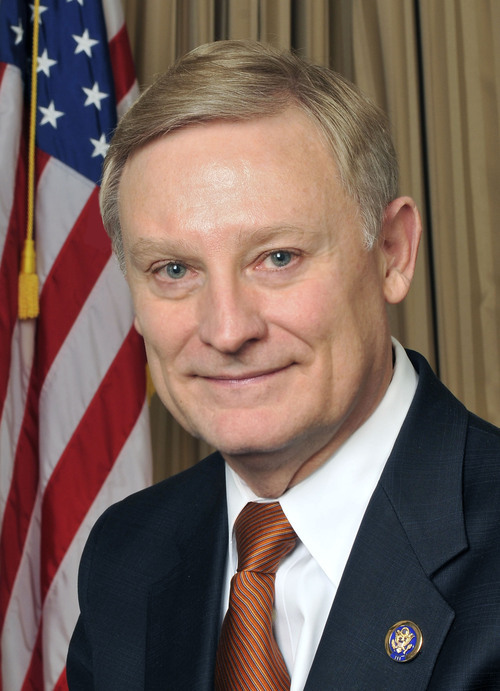 US Representative Spencer Bachus (R from Vestavia) was the Ranking Member of the House Financial Services Committee, a vastly overvalued American housing sector began unraveling. Millions of shaky mortgages backed only by overvalued housing became unperforming. Trillions in mortgage backed securities were in portfolios all over the world. Lehman Brothers failed, precipitated by the bursting and unraveling of the speculative bubble in the American housing market. An industry-wide banking collapse led to the failure of a number of major banks including Montgomery based Colonial Bank, which had been run by the Lowder family for decades. The experience of multiple banks failing at the same time exposed some problems with the manner in which bank bankruptcies are handled.

On Monday, December 1, legislation co-authored by Congressman Spencer Bachus to address those gaps in the bankruptcy code was approved by the House on a bipartisan basis on a voice vote. Bachus was the lead sponsor on the legislation, the Financial Institution Bankruptcy Act of 2014, (H.R. 5421).

While Representative Bachus was the Ranking Member of the House Financial Services Committee during the Great Recession of 2008, the House passed the Emergency Economic Stabilization Act to deal with the challenges posed by large, distressed financial institutions.

“As leaders of the Judiciary Committee with oversight of our nation’s bankruptcy laws, we have worked across the aisle to answer the question of how to improve the existing bankruptcy process for the resolution of failing financial institutions. Our answer is FIBA.”

Representatives Bachus, Goodlatte, and Conyers continued, “FIBA removes potential obstacles to an efficient bankruptcy of a financial institution. This legislation enhances the Bankruptcy Code and its ability to resolve financial firms for the benefit of stability in the U.S. and global economies and does so with minimal financial burdens or cost. We applaud the House’s passage of FIBA as an important first step towards enactment into law.”

Judiciary Committee Chairman Bob Goodlatte said in a statement, “In 2008, our economy suffered one of the most significant financial crises in history. In the midst of the crisis and in response to a fear that some financial firms’ failures could cause severe harm to the overall economy, the federal government provided extraordinary taxpayer-funded assistance in order to prevent certain financial firms’ failures.”

Chairman Goodlatte continued, “In the ensuing years, experts from the financial, regulatory, legal, and academic communities have examined how best to prevent another similar crisis from occurring and avert the use of taxpayer monies to bail out failing firms. The Judiciary Committee has advanced the review of this issue with the aim of crafting a solution that will better equip our bankruptcy laws to resolve failing firms and help prevent a new financial crisis while also encouraging greater private counterparty diligence in order to reduce the likelihood that such a similar crisis will ever again occur.”

Chairman Goodlatter said, “During the course of two hearings this Congress, the Subcommittee on Regulatory Reform, Commercial and Antitrust Law received testimony that the Bankruptcy Code could be improved to better facilitate a resolution of a financial firm, and that an amendment to chapter 11 to provide for a specialized subchapter would be the most efficient approach to meeting that goal. Following these hearings, the Committee worked in bi-partisan fashion to develop draft legislation that conformed with witnesses’ and leading experts’ recommendations. These efforts culminated in a discussion draft of the “Financial Institution Bankruptcy Act of 2014,” which was the subject of a legislative hearing on July 15th. All four witnesses testified that, subject to a few technical modifications, the Financial Institution Bankruptcy Act should be enacted into law.”

Goodlatte said, “The Financial Institution Bankruptcy Act makes several improvements to the Bankruptcy Code in order to enhance the prospect of an efficient resolution of a financial firm through the bankruptcy process. The bill allows for a speedy transfer of the operating assets of a financial firm over the course of a weekend. This quick transfer allows the financial firm to continue operating in the normal course, which preserves the value of the enterprise for the creditors of the bankruptcy without a significant impact on the firm’s employees, suppliers and customers.” The bill requires an expedited judicial review by judges designated in advance and selected by the Chief Justice.

Chairman Goodlatte said, “I also would like to thank Chairman Bachus of the Subcommittee on Regulatory Reform, Commercial and Antitrust law, who has chaired several hearings on this issue, is a long-standing advocate of the bankruptcy process, and is the lead sponsor of the Financial Institution Bankruptcy Act.”

FIBA incorporates recommendations by hearing witnesses, regulators and other experts in addition to the record of three Committee hearings on the Bankruptcy Code. The bill adds a new subchapter to Chapter 11 of the Bankruptcy Code that improves the bankruptcy process for financial firms of varying sizes, including large, multinational firms whose resolution could have far-reaching implications for domestic and global economies.

Congressman Spencer Bachus has represented the people of Alabama’s Sixth Congressional District for the past 22 years. He is retiring at the end of this month and will be replaced by Representative Gary Palmer (R).