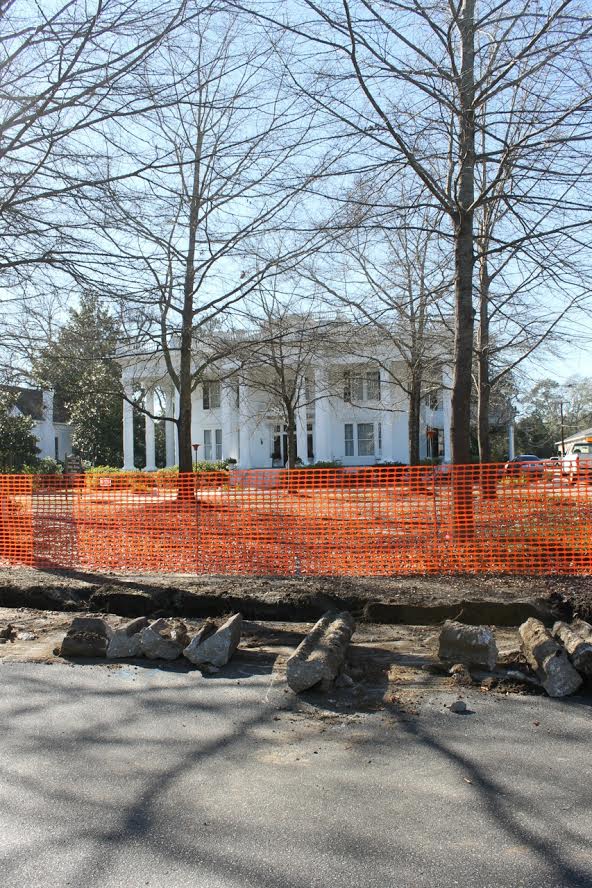 On Friday, January 9, State Auditor-elect Jim Zeigler (R) announced in a written statement that the Eufaula city council has voted 3-2 to withdraw their opposition to the State’s four-laning of First Avenue through the North Eufaula historic district and to give the State permission to do the work.

Jim Zeigler is an attorney for the citizens who opposed the controversial road widening project. Zeigler called the council action “very disappointing and a big setback to our fight to stop the damage to the historic avenue.”

Zeigler said that he is reassessing the lawsuit and request for injunction which was scheduled for a hearing Jan. 14.

The council held a hurried called council meeting on the evening of January 7, and approved the widening project, which is a reversal of their earlier position.

Zeigler said, “The council has pulled the rug out from under their own people.” “The state offered the city $300,000 in road work in exchange for their dropping opposition to the paving on the historic median. The city council sold out the historic district for thirty pieces of silver. I will spend the weekend studying our legal options,” he said.

Zeigler filed suit on behalf of three owners of historic homes on North Eufaula Avenue seeking an injunction to block the State from taking a six-foot wide strip of a historic median to four-lane the now two-lane avenue.

Contractors for the state started preparations to pave in the median Jan. 5 and continue working daily. Zeigler argued that the state did not have the necessary legal right of way to work in the median, which belong to the city of Eufaula. The cooperation of the Eufaula city council meant that that legal objection to the project was effectively eliminated.

Jim Zeigler told the Alabama Political Reporter that the Alabama Department of Transportation is pushing ahead on this project to four lane six blocks of Highway 431 because they don’t want any review of the project.

Zeigler said that the State could have requested Federal funding for this project but instead are using State dollars because the Federal government would have required environmental impact and historical impact studies of the project that they knew this project would never pass any sort of review.

Zeigler said, “We have a $170 million shortfall in the General Fund and they are wasting over a $ million on this project. This is exactly the sort of waste I am going to expose as State auditor.”

A number of large home were built on Eufaula’s historic First Avenue beginning well before the Civil War. Some of the homes were built a human lifetime before the first automobile appeared. Tourists from across the South and beyond come to see the historic homes and enjoy the fishing and wildlife at the nearby lakes, State park, and National wildlife refuge.

ALDOT has spent decades working on four-laning segments of US highway 431 that serves rural east Alabama, but is primarily used a conduit for tourists going to Panama City and Destin in Florida. A portion of First Avenue in north Eufaula with it’s stately Antebellum and Victorian homes were bypassed by those most recent road improvements remaining relatively unchanged for decades.

ALDOT officials argue that they must widen that less than one mile of road because it slows motorists and is a traffic bottleneck. Homeowners argue that widening the road will cost the scenic stretch dozens of trees and will hurt the aesthetics of the neighborhood. The entire three blocks is listed on the National Register of Historic Places. Eufaula has the largest historic district in Southeast Alabama and includes over 700 homes and buildings many of them on First Avenue. Residents argue that the state could simply build a bypass around the center of Eufaula. ALDOT argues that that would cost too much and that widening the road by ripping out much of the tree lined median is the most cost effective solution.

Zeigler is a former Public Service Commissioner who has spent decades on the Alabama political scene. Zeigler is an attorney who specializes in elder care issues. Zeigler will be inaugurated as Alabama’s next State Auditor on Monday, January 19 in Montgomery. Inauguration festivities for Zeigler, Alabama Governor Robert Bentley (R) and other State officials will begin at 9:00 am with a parade.