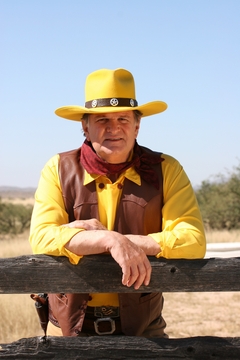 MONTGOMERY—It has been confirmed, that a powerful member of the Auburn University Board of Trustees approached Governor Robert Bentley to have the investigation of Speaker Mike Hubbard quashed. This on top of Hubbard’s own visit to the Governor asking him to kill the criminal investigation against him.

It is now known that a Hubbard ally, Auburn Trustee and Great Southern Wood CEO, Jimmy Rane – the well-known “Yella Fella,”—also approached the Governor to ask that the criminal investigation be spiked.

It is believed that Rane approached Governor Bentley in the fall of 2013, in an attempt to persuade the Governor to kill the on-going criminal investigation into the activities of the Speaker.

Specifically, Hubbard and his allies requested that the Governor fire acting Attorney General W. Van Davis, along with Deputy AG Matt Hart, and/or declare that the Grand Jury itself is unconstitutional, citing an Alabama Supreme Court ruling obtained by former Governor Bob Riley in his anti-bingo efforts.

Attorneys who spoke on background said this could amount to tampering with an ongoing investigation and has the potential of landing the University’s top trustee in big legal trouble.

Rane has been a staunch vocal supporter of Hubbard. At the dedication of the Michael G. Hubbard Center for Advanced Science at Auburn, Rane said that he was ready to back Hubbard “if a fist-fight broke out” (a reference to the investigation being conducted by the State).

Rane has been a top donor to Hubbard and other Republicans through his company, Great Southern Wood (Rane may be the largest in-State donor to the Bentley campaign for the election cycle).

FCPA reports show that Great Southern Wood made no political contributions in 2013 until on Wednesday, October 2, 2013, when it made 11 identical $25,000 contributions to 11 PACs controlled by powerful longtime Montgomery lobbyist Bob Geddie (a total of $275,000).

This $275,000 – all deposited in these 11 PACs on the same day – represents over 70 percent of all contributions made by Great Southern Wood in the 2014 election cycle.

These donations made through the various PACs may have gone to Bentley from Rane’s company.

It may very well be that Rane made his requests for Bentley to terminate the investigation of Hubbard within a few days of these transfers of funds.

It is known that Bentley refused to intervene in the Hubbard investigation, and sources close to the Governor have stated that he notified Hubbard and others of his intentions to let the criminal justice system do its work unimpeded.

There are confirmed reports that Hubbard expressed displeasure with the Governor over his failure to intervene.

Did Rane direct $90,000 in political contributions to Bentley within days of asking for a big political favor?

Given the apparent linkage between Rane’s solicitation and the massive political contribution to Bentley from Rane’s allied PACs, it’s a question that must be asked.

The foundation awarded a record 50 scholarships to underserved children during the event.