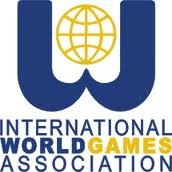 On Thursday, January 22, the City of Birmingham was selected as the site of the 2021 World Games.

Birmingham was chosen over Lima, Peru and Ufa, Russia and is the first US city to host the event since the inaugural World Games in Santa Clara, California in 1981.

International World Games Association (IWGA) President Jose Perurena said, “All the bids we received were of very high quality and it was not easy for us to reach a decision…We have to deliver nothing less than outstanding World Games. We are convinced that Birmingham will exceed these expectations.”

The World Games features 35 sports, most of which were not originally in the Olympics, though some have since been added. For most of these events, the World Games is their biggest international event.

US Representative Gary Palmer (R-Hoover) and Alabama Governor Robert Bentley (R) both released written statements following the announcement. Congressman Palmer said, “I am delighted that Birmingham has been chosen to host the 2021 World Games. The World Games has not been held inside the United States since it was founded 1981, and it is a fantastic opportunity for the people of Birmingham and surrounding areas to display true southern hospitality. Also, the tourism and publicity it will generate will be a big boost to the economy of the region.”

Gov. Robert Bentley said in a written statement, “Congratulations to the city of Birmingham on being chosen to host the 2021 World Games. Alabama has so much to offer and we are eager to roll out the red carpet for our national and international guests. The economic impact of this decision is significant and will provide a great opportunity for our guests to enjoy and explore the the best that Alabama has to offer. The citizens of our state take great pride in our unique brand of southern hospitality, and we look forward to this rare opportunity to invite the world into our home state.”

Rep. Palmer said, “The people of Birmingham are welcoming, hardworking and huge sports fans. The city features state of the art athletic facilities that will make for a fantastic event. The thousands of athletes that participate as well as the fans and spectators that will come from all over the world will find that they could have made no better choice.”

The games are expected to have a $250 million economic impact for the City of Birmingham and the surrounding communities. The bid, however, comes with an expected cost of $70 million, though much of that is in overdue upgrades to historic Legion Field. The City of Birmingham was recently stung by the announcement that Legion Field was losing its major tenant when the University of Alabama at Birmingham (UAB) announced that they were discontinuing their football team.

Original reporting by Steve Ginsburg with Reuters contributed to this report.

Visitors to Pepper Place on Saturday can talk to EV owners and kick the tires on a selection of EVs.