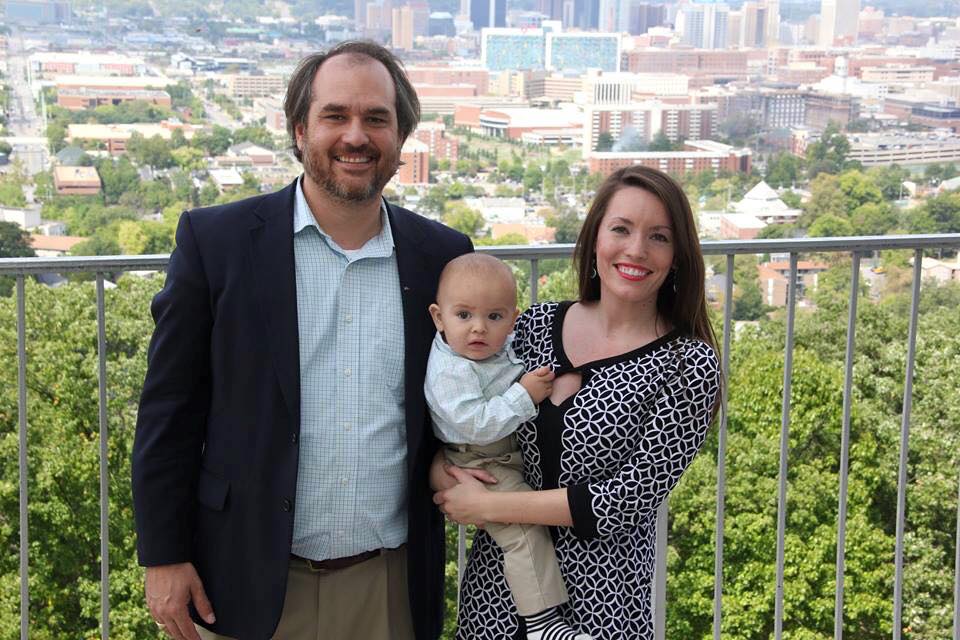 Brown said in a statement on Facebook, “I am humbled and honored to announce that I was elected as the Chairman of Congressional District 6 for the Alabama Republican Party. I would like to thank the members for putting their faith and confidence in me. I will work very hard to grow our party, elect Republicans in our state and promote Party Unity.”

The Executive Committee members met at the North Shelby Library on Highway 31 at 6:30 PM.

In the closing days of the campaign Brown accused his opponents of mounting a last minute negative campaign against him attacking his family and character.  Brown dismissed those attacks as, “desperate tactics.”

Brown promised that once elected he would have monthly e-mail correspondence to all members of District 6 about all Steering Committee activities. “Everyone on the State Committee needs to know what is going on at the Steering Committee level. I pledge that I will attend every County Party meeting in District 6 (unless two fall on the same night).”

Brown also promised to work towards party registration in Alabama: “I am a strong proponent for Party Registration. The only way we protect the integrity of our Party and our elections is by having voters register as Republicans,” Brown wrote.

Brown promised to work hard to elect Republicans: “We need leaders who will do the tough grassroots work to help elect our Republican candidates. The best way to elect a Republican is by going door-to-door for them. Additionally, as your representative on the Steering Committee, I will fight for the most Republican area of Alabama, District 6, to ensure that the State Party is not just raising money from our areas, but investing in District 6 as well.”

Brown promised more transparency and honesty.  Brown said, “We need leaders that stand up for their principles and fight for what is right even if it is not popular. For too long we have had steering committee members who acted as rubber stamps for bad policies and allowed our leaders to break our by-laws.”

Brown claims in his bio that he has a proven track record of winning elections in Florida, Alabama, Tennessee and Mississippi.

In 1997, Chris was the House Liaison for the Republican Party of Florida as House Liaison, where he was responsible for coordinating the Republican races for all 120 House seats including candidate recruitment, fundraising, and voter contact programs. The Florida GOP saw its majority increase from 61 to 75 over the next three years.

In March of 2000, Chris joined Tidewater Consulting in Tallahassee, FL where he worked on several key legislative races.

Brown went back to work for the Republican Party of Florida as Political Liaison in 2001. There he oversaw the opposition research for all statewide offices, maintained the voter file, and organized the state voter contact programs. Then FL Governor Jeb Bush was re-elected in the 2002 election. 2002 was the most successful Republican election in the history of Florida sweeping all statewide offices including the re-election of Governor Jeb Bush.

Brown came to Alabama in July 2003 when he was hired by the Alabama Republican Party as Executive Director. He oversaw all Republican political operations during the 2004 election cycle. ALGOP swept all statewide offices and increased the number of Republicans at the local level.

Chris Brown is a graduate of Florida State University and his married to the current Chair of the Greater Birmingham Young Republicans, Jackie Curtiss. They have one son.