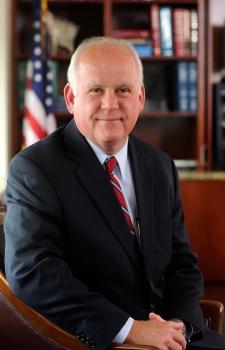 Recently, UAB President Dr. Ray Watts was lauded as an example of academic courage by The Center for College Affordability and Productivity (CCAP).

Watts, who for the last several months has withstood constant hostile fire for his decision to scuttle the university’s football program, would not seem a likely candidate, considering the recent public outcry for his removal.

However, CCAP concludes that Watts is praise worthy because he dared to do what was best for the school rather than what was popular. An article published last week in Forbes Magazine berates those college presidents who, “are incredibly risk-averse, trying to minimize controversy by appeasing crowds of students, faculty, or alums who are angry over some university policy.”

“President Ray Watts’ track record of success in every leadership position he has held at UAB and elsewhere speaks for itself. In less than two years as president, he has led the university in enhancing the academic quality of UAB’s undergraduate programs, achieving record enrollment, reversing the declining national research rankings, and ensuring the continued excellence of the medical school and the UAB Health System.”

“Those accomplishments are a direct result of the strategic planning process Dr. Watts has developed with the involvement of faculty, staff, students and alumni. As a former faculty member and a longtime dean, I respect the process of shared governance that is reflected in today’s vote by the 35 members of the UAB Faculty Senate as well as the students and UAB alumni.”

“All of these groups have made their voices and opinions heard. I have great personal and professional respect for Ray Watts and the leadership he is providing. I look forward to working with him as he continues to chart UAB’s future course.”

It appears that the leadership of the UA System like CCAP believes that Watts has behaved responsibly while facing the wrath of campus constituencies.

According to his bio, Richard Vedder, who authored the “Academic Profile in Courage,” directs the Center for College Affordability and Productivity, teaches at Ohio University, and is an Adjunct Scholar at the American Enterprise Institute.

In 2011, Vedder, along with Matthew Denhart, developed “Ten Principles of Higher Education Reform.”

In the study the authors conclude that, “There is a widespread feeling that university training is important for economic success at the individual level as well as to the nation, yet increasing evidence suggests U.S. institutions of higher education are less efficient and decreasingly effective at creating the foundations for such success.”

As an example of efficiency, Vedder and Denhart conclude that in some cases, intercollegiate athletics are “increasingly a financial burden, particularly on schools with aspirations of being athletic powers but without much commercial appeal.” They cite the fact that at many schools, “athletic subsidies absorb 10 percent or more of state appropriations or, alternatively, of tuition and fees.” The study suggests that the pursuit of athletic programs are a wasteful use of limited resources and should be cut to protect the academic integrity of the intuition.

When explaining the reason for the football programs Watts said, “As we look at the evolving landscape of NCAA football, we see expenses only continuing to increase. When considering a model that best protects the financial future and prominence of the athletic department, football is simply not sustainable.”

“It is time now for a new, collective effort to contain exploding athletic costs, perhaps by ending the tax-deductibility of gifts earmarked for athletic programs, divesting commercial sports from university operations, or by multi-university agreements to contain costs and redirect commercial sports revenues to core academic activities. In any case, government budget and tax policies should be changed to stop encouraging the waste of resources on intercollegiate athletics,” the study says.

While others have deferring opinions that will insure the debate continues for now, Watts may see this recognition by CCAP as a glimmer of light in a sea of continued trouble.

According to the organization’s website, CCAP, “is dedicated to researching the rising costs and stagnant efficiency in higher education…[and] seeks to facilitate a broader dialogue on the issues and problems facing the institutions of higher education with the public, policy makers, and the higher education community.”

In this article:Bill Britt, UAB

Ohio-based activists advocate for cutting-edge technologies that use cultivated or 3D-printed cells to replace the use of live animals. 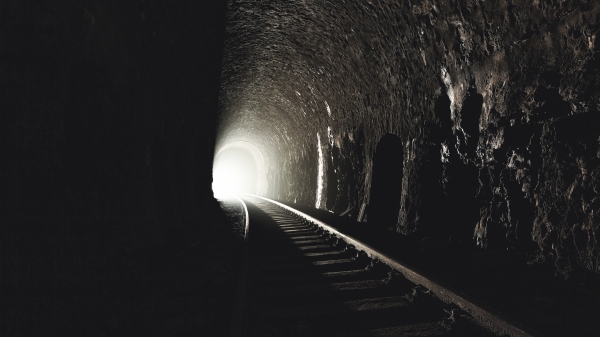 Opinion | A year of despair

"The cliché is true: There is a light at the end of this dark tunnel."