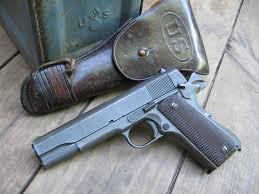 Prominent Second Amendment activist and firearms instructor, Jan Morgan will be the featured speaker at the BamaCarry event in Pelham Saturday, February 21, from 9:30 am til 5:00 pm at 500 Amphitheater Road just off of Hwy 119.

Sen. Gerald Allen has sponsored a bill allowing all lawful Alabama gun owners the right to have a loaded gun in their personal vehicles. Under current law that requires possessing a valid concealed carry permit. Law enforcement groups in Alabama have opposed past efforts to allow guns in cars.

BamaCarry boasts almost 10,000 members from across Alabama and promotes less government restrictions on the ability of Alabamians to exercise their Second Amendment rights.

The event is being billed as the largest Gun Rights Freedom Rally ever in Alabama. The doors open at 9 am. A shooting simulator will be available, for a fee and lunch is included with the $20 price of admission. Handguns are welcome either concealed or open carry but must remain holstered for the duration of the event.

BamaCarry cofounder Eddie Fulmer is scheduled to be the first speaker at 9:30.

At 1:00 pm Jan Morgan will be the speaker

1:45 Jason Tulley’s attorney will speak on his case. Tulley was convicted under a Jacksonville city ordinance banning the open carry of firearms in public places, even though open carry is legal under State law.

Former state representative Joe Hubbard (D) will be the 2:45 speaker. Hubbard is the attorney for BamaCarry co-founder Robert Kennedy, who was arrested when he attempted to vote in Shelby County while open carrying his firearm.

Alabama Secretary of State John Merrill will be the next speaker.

At 4:00 pm Mike Vanderbogh who was involved in exposing the “Fast and Furious” scandal. In Fast and Furious, thousands of guns flowed from the U.S. on ATF orders to murderous drug cartels in Mexico. The case yielded no convictions. The guns trafficked by the US government contributed to numerous murders, including the death of a US border patrol agent.

Billy Denton will make the closing remarks at 4:30 pm.