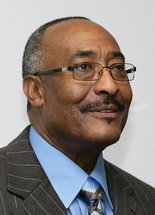 Congressman Byrne said, “My heart is full of sadness this evening because I’ve lost a personal friend and the entire Mobile community has lost a remarkable leader. I can honestly say that Jim Lowe was the most decent, honorable man I have ever known. I first met Jim when I was on the State School Board, and he was working with the State Department of Education on intervening with failing K-12 schools in Mobile County. He did great work on that project and was especially successful because he could relate to the faculty and staff so well.”

Representative Byrne continued, “When I became Chancellor of the Two-Year College System, Jim Lowe was working at Chattahoochee Valley Community College in Phenix City. When things really started falling apart at Bishop State, Jim Lowe was the obvious choice to help us turn things around. I can’t overstate just how bad things were when Jim took over. The school was in complete disarray. There was an ongoing corruption investigation by the Mobile District Attorney’s office, they were on Southern Association of Colleges and Schools (SACS) probation, and they literally had to run Bishop State week to week financially.”

Rep. Byrne credited Lowe with saving Bishop State. “Jim Lowe was the leader that turned Bishop State around. Without his leadership, Bishop State would have had to close its doors. He has completely turned the school around and placed a real focus on boosting skills training, especially in terms of manufacturing. I have been working with Jim on getting a new campus open in Washington County, which would be the first community college presence ever there. He was constantly looking for ways to grow and develop Bishop State for the betterment of our area.”

Byrne concluded, “Jim didn’t have to take on the problems he did at Bishop State, and he certainly didn’t have to stick around for as long as he did. But it is a testament to the type of person he was and shows just how committed he was to our area. We all owe him a tremendous debt. I hope that Jim’s family and friends can take comfort in knowing that thousands of young men and women had an opportunity to be successful because of the work of Jim Lowe.” “We will all miss him and extend our condolences to his family”

Lowe was President of Bishop State since May 2008. Before that he worked as a coach, educator and administrator at several community colleges in Alabama.

Lowe was a graduate of South Girard High School in 1966 where he was a key player on a state championship basketball team.

Lowe is survived by his wife, Annie, and their three children; his father, James Lowe Sr.; and his two brothers and three sisters.

Original reporting by Chuck Williams at the Ledger-Enquirer contributed to this report.