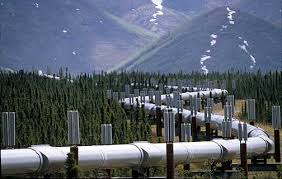 On Tuesday, February 25, President Barack Hussein Obama vetoed bipartisan legislation that would have authorized construction of the Keystone XL Pipeline. The pipeline would carry Canadian tar sands oil to the United States for refining creating thousands of new high paying jobs. Many in Congress were stung by the President’s decision to veto S. 1, the Keystone XL Pipeline Approval Act.

US Representative Martha Roby (R-Montgomery) released a statement in which she said that she has been critical of the Obama Administration’s foot-dragging tactics on the Keystone plan. Roby said that the President’s decision was based on politics rather than what helps meet the energy and economic needs of the country.

Rep. Roby said. “I’m disappointed, but not surprised that President Obama vetoed a bipartisan plan to finally build the Keystone Pipeline. This project would create tens of thousands of jobs at a time when Americans need them. It would improve our ability to utilize North American sources of energy so we can reduce our dependence on foreign oil. It is a shame President Obama has looked past the proven benefits and rejected this bipartisan proposal in the name of politics.”

US Representative Bradley Byrne (R-Montrose) said: “President Obama decided to pick politics over jobs by vetoing bipartisan legislation to approve construction of the Keystone Pipeline. Even President Obama’s own State Department admits that the project would support approximately 42,100 jobs and found that there are no major environmental risks caused by constructing the pipeline. Instead of following the facts, the President chose to pander to the far-left environmental extremists instead of listening to a majority of the American people, who approve of the Keystone project.”

US Representative Gary Palmer (R-Hoover) said in a statement, “The President’s veto validates criticism that his Administration is not interested in further utilization of the vast and not yet fully realized potential of America’s energy sector. When it comes to energy resources — oil, natural gas, and coal — the US is one of the wealthiest nations in the world. Only a small but vocal minority opposes responsible use of these resources.”

Republican Party National Committee Chairman Reince Priebus said in a statement, “An overwhelming majority – 65% – of Americans wanted Obama to sign the Keystone legislation, while just 22% believed he should veto it. There is no excuse for the Obama Administration to continue their politically-motivated opposition to this bipartisan legislation. This project would create thousands of jobs and add billions to the economy, while increasing the supply of North American energy.”

Rep. Roby said, “It is the Obama Administration’s own foot-dragging on Keystone that made this legislation necessary. Now, with his veto, the buck for obstructing the Keystone Pipeline has stopped squarely on President Obama.”

Rep. Byrne said, “Despite pledging to work with the new, Republican-controlled Congress, President Obama has now made clear that he has no interest in advancing commonsense solutions. That’s a disappointing development for all Americans.”

Rep. Palmer said, “The Keystone Pipeline Approval Act was passed by large, bipartisan majorities in both houses of Congress, and more importantly, with the overwhelming support of the American people. Polls indicate that people support building Keystone by a three-to-one margin. Even amongst Democrats, polls indicate that only ‘solid liberals’ were opposed to Keystone while other Democrats were supportive. Construction of Keystone would mean thousands of jobs for an economy still struggling nearly six years after the great recession.”

Chairman Priebus said, “President Obama is the only thing standing between good jobs and the American people who need them. By passing Keystone, our Republican leaders in Congress showed President Obama and Washington liberals how to get things done and get Americans back to work. It’s a shame Obama put his political interests over the best interests of the American people.”

Congressman Palmer said, “America’s energy resources should be used responsibly to help grow our economy. But if we cannot build a simple pipeline because of the objections of the extreme environmental lobby, it hampers our ability to move forward in growing our energy sector. I urge the members of the House and Senate to listen to the American people, not special interest lobbyists with an extreme agenda, and override this veto.”