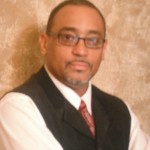 Towns defeated incumbent Senior Vice-Chairman George Williams as well as Republican Assembly head Don Wallace for the position, which required a runoff between Towns and Williams.

Outgoing Republican Party Chairman Bill Armistead said in a statement on Facebook, “Thank you Troy Towns for offering yourself for service to the Alabama Republican Party. You are going to make a great Senior Vice Chairman. It has been a blessing to work with you and I look forward to seeing how God is going to use you. You are truly a man after God’s heart.”

Stephanie Bell said on Facebook, “Congratulations, Troy! I know you will do an outstanding job as ALGOP Senior Vice Chairman!”

Troy Towns said following the victory, “There have been so many congrats coming my way, that it is overwhelming. So to all my friends, family and new acquaintances. Thank you so much from the bottom of my heart. Don’t stop praying, I really need it now!”

Chairman Armistead said when he appointed Towns the full time Alabama Director of Minority Outreach, “A growing number of minorities no longer feel at home in the Democrat Party. Many have come to the realization that President Obama and the Democrat Party have been unable to keep their promises to lower the unemployment rate and put people back to work.” “The Alabama Republican Party is reaching out to minorities to let them know that we welcome them into our party if they share our conservative philosophy. Our outreach to minorities has recently become more formal with the addition of a Director of Minority Outreach on our ALGOP staff.”

Over the last decade, the Alabama Republican Party has developed a commanding majority among White Alabama voters. Whites in Alabama have given the party every statewide elected office, six of the seven congressional seats, and super majorities in both the Alabama House and Senate, but the commanding lead the Alabama Democratic Party has successfully maintained means that the Democrats remain viable statewide if they can find a message or messager that appeals to White voters. If the Republican Party could gain even a modest 40% of the Black vote in Alabama it would effectively crush the Democratic Party’s hope of ever making a comeback.

As Director of the Alabama Republican Party’s State Minority Outreach Troy Towns engaged minority communities with events including: a “day at the movies” in which high school juniors and seniors, as well as local college students, were invited to attend a screening of Dinesh D’Souza’s film, ‘America: Imagine the World Without Her,’ moderating debates concerning charter schools and Common Core in Alabama, and visiting numerous Alabama Republican county parties and discussing minority outreach on local levels. In the 2014 election a record number of Black Republicans were on the ballot.