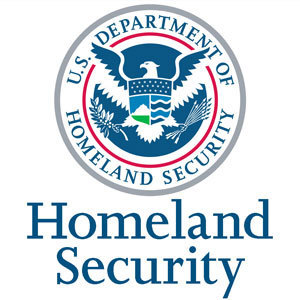 On Friday, February 27, Congress averted a partial shutdown of the Department of Homeland Security late Friday when both the House and Senate passed a seven-day extension of funding for the agency. The House acted just two hours before funding was set to expire at midnight. The House vote was 357 to 60. The Senate passed the measure by voice vote.

The House had sent the Senate a Homeland Security Funding bill with language preventing President Obama from using any funding for his controversial executive amnesty plan to grant legal status to millions of illegal immigrants in the country and increase legal immigration by Presidential fiat.

Rep. Roby said in a statement, “We want to responsibly fund Homeland Security and its important functions, but I cannot support a Homeland Security Appropriations Title that fails to address executive amnesty.”

Rep. Roby said, “What the Senate passed was unacceptable. The House has voted to reject it and, per regular order, go to a conference committee to work out the differences. That’s how the legislative process is supposed to work, so I hope Senate Democrats will remember their civics lessons and agree to come to the negotiation table.”

US Senator Richard Shelby also voted against the Senate bill. Sen. Shelby said in a statement, “While I support providing critical funding for agencies that protect our national security, I opposed the DHS appropriations bill because it does not address the President’s unconstitutional executive amnesty. President Obama has himself admitted 22 times that he does not have the authority to unilaterally grant amnesty to millions of illegal immigrants currently in our country. However, Democrats repeatedly blocked the Senate from moving forward on the House-passed DHS bill that would prevent federal funds from being used to implement the President’s unlawful action. I opposed today’s bill because I do not believe that we should allow this blatant abuse of power to continue. I remain committed to fighting against executive amnesty.”

On Thursday, February 26 Congressman Mo Brooks (R-Huntsville) wrote, “Tonight I joined MSNBC to emphasize the importance of passing a DHS funding bill that stops President Obama’s executive amnesty. The Senate has blocked House passed legislation to fund DHS in order to protect conduct that the president himself admitted is illegal and unconstitutional, ultimately putting illegal aliens on a pedestal above American citizens.”

Rep. Roby’s office said that she has fiercely opposed the president’s immigration actions, calling them dangerous, irresponsible and a threat to the rule of law. On the first day of the new Congress, Rep. Roby proposed legislation specifically prohibiting federal funds from being used to implement the unlawful immigration actions.

The Congress will have to take up this issue again this week as another Friday deadline is approaching. The department needs $40 billion to carry them until the end of September.