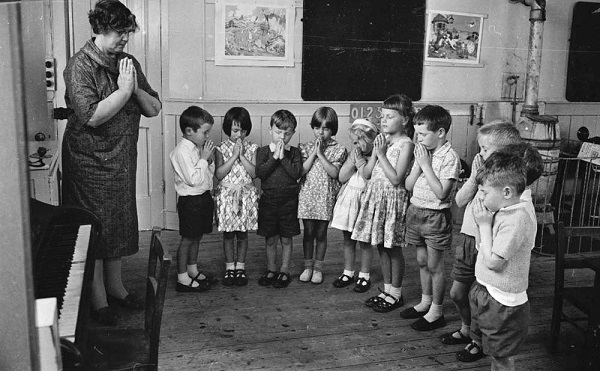 The bill was sponsored by State Representative Mack Butler (R-Rainbow City).  Rep. Butler said, “This bill would prohibit school districts from discriminating against a student or parent on the basis of a religious viewpoint or religious expression in public schools.”

The Alabama House Republican Caucus wrote in a statement on Wednesday, “The Alabama House passed Representative Mack N. Butler’s Student Religious Liberties Act. This bill is designed to ensure that students retain their constitutional rights to prayer and religious expressions while in public schools.”

Rep. Butler said in a statement, “A series of federal court decisions over the last 50 years has continued to whittle away the rights to prayer and religious expression in schools,” Butler said.  “These decisions have created more confusion than clarity in terms of what is permissible and what is not in our public schools, but my legislation remedies this problem by securing and protecting the right to student-led prayer and religious expressions while on campus grounds.”

Prior to 1962, most American public schools had daily prayers and most public schools taught Bible classes. School prayer was banned in the 1960s by rulings from an activist US Supreme Court. A string of US Supreme Court rulings including: Engel v. Vitale (1962) which ruled that an official school prayer was unconstitutional; Abington School District v. Schempp (1963) which ruled that Bible readings and other school-sponsored religious activities were prohibited; Lemon v. Kurtzman (1971) which set severe limits on entanglements between government and religion; Lee v. Weisman (1992) which outlawed graduation prayers; and Santa Fe Independent School Dist. v. Doe (2000) which outlawed prayers over the public address system  prior to high school sporting events have forced religious instruction out of the schools, which were originally created primarily FOR religious instruction.

Rep. Butler said, “This bill would also require school districts to adopt and implement a policy regarding voluntary student expression of religious viewpoints.”

Rep. Butler is a former member of the Etowah County School Board. Butler said, “I’ve spoken to several teachers who are scared of making any mention of religion in class, but this bill will force school systems to clarify what is and is not permissible so that we can eliminate that fear among our educators,” Butler said. “The US Supreme Court has made clear that student-led religious activities are permitted in our schools, so the Student Religious Liberties Act will simply ensure that students across Alabama are able to express their religious beliefs as allowed by the US Constitution.

There are questions about whether or not the Alabama Student Religious Liberty Act would stand a legal challenge in federal court. Rep. Butler said that the Act is based on a memorandum written by Bill Pryor (R) when he was Alabama Attorney General. Pryor is now a federal judge.