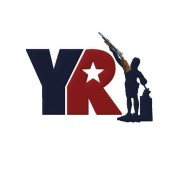 Elections for YRFA officer will be held for YRFA offices on May 16th. Already several candidate have come forward and have notified Nominations Committee Chairman Josh Woods of their intention to run.

Several of the candidates were at the GBYR meeting in Birmingham on March 12th.

GBYR Chair Jackie Curtiss announced that she is seeking the office of Young Republican Federation of Alabama Chair.  Curtiss said that she has been active in the Young Republicans for six years and is proud of what we have accomplished.  Besides being Parker’s mom, being GBYR Chair is next greatest honor of her life.

Jackie Curtiss said in a statement: “After a great deal of consideration and with encouragement from many friends within our organization, I am excited to announce I am seeking the chairmanship of the Young Republican Federation of Alabama.”  “Over the past several years, I have had the pleasure of watching our federation grow to become one of the strongest and most respected in the entire country. In 2012, we sent more YR delegates to the RNC Convention in Tampa than any other state. The following year, we had the honor of hosting the National Young Republican Convention in Mobile. We have become leaders in our Party because of our commitment to grassroots activism and our dedication to getting involved with our county and state executive committees. With the right plan, experience, and team building philosophy, we will raise our Federation to new heights. I have the vision, skills, and energy to continue to make the Young Republican Federation of Alabama the greatest in the country.

Curtiss wrote: “Over the next three months, I would like to meet with each of you and discuss my vision for our Federation. I also want to hear from each of you about your ideas for strengthening the YRFA and how I can help you achieve those goals.”  Present YRFA Chair Clayton Mark Turner is not seeking re-election.

Blake Guinn is running for the office of YRFA Secretary. Guinn serves on the Gardendale City council. Despite his relative youth, Guinn beat a 16 year incumbent by 8 votes.

Stephanie Petelos is running for Vice Chairman of District Seven. Miss Petelos is the former state Chair of the Alabama College Republicans. Petelos said that Jefferson County and the Seventh District are an island of Blue in a sea of red and she wants to change that. Petelos said that while a student at the University of Alabama she took an economics class. That experience led to her decision to become a Republican.

Petelos said in a statement on Facebook, “Over the last two years I have had the privilege of serving on the Young Republican Federation of Alabama executive board as the Vice Chair of District 7. Over the last five years of being active in the GOP I’ve learned so much and it’s been an honor to help spread the GOP message and principles. I’m thrilled to announce that I will seek reelection as the CD 7 Vice Chair. I appreciate your support and look forward to serving on an outstanding exec board with great young leaders.”

Brent Beal is running for another term as Young Republican National Committeeman. Beal has recently been hired as staff attorney for the Secretary of State’s office. He is also a new Second Lieutenant in the Alabama National Guard.

Beal praised Jackie Curtiss, “She is doing a great job.” I have already gotten some key endorsements. I want to bring our presence on to the national level.

Beal told the Birmingham Young Republicans that he has to come to Birmingham twice a week and is happy to come back any time that they need his help with anything.