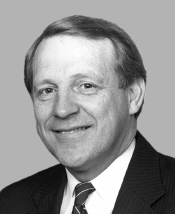 “As the Secretary of State, I am proud to continue recognizing Alabamians who have championed issues that further fairness in the way we operate in the state of Alabama, especially Glen Browder’s work initiating  campaign finance reform,” stated Secretary of State John Merrill. “I appreciate this opportunity to acknowledge the great work that Congressman Browder has provided the citizens of Alabama as a legislator, Secretary of State, and U.S. Congressman. I am honored to recognize his work and say thank you on behalf of the people of this great state.”

The NASS Gold Medallion Award allows individual Secretaries of State to recognize outstanding service and dedication to furthering the mission of the National Association of Secretaries of State (NASS) within the states. Secretary Merrill will preside over the recognition ceremony, and the public is invited to attend.

For more information about the services provided at the Alabama Secretary of State’s Office, visit www.sos.alabama.gov.