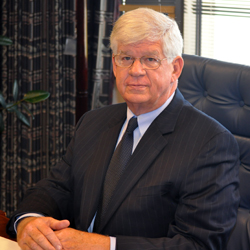 MONTGOMERY —  At his agency’s legislative budget hearing Wednesday, Alabama’s Commissioner of Mental Health, Jim Reddoch, minced no words when he described the impact of the 15 to 30 percent budget cuts proposed by the Alabama Legislature. The Alabama Department of Mental Health is the single State agency with primary responsibility for treatment an care of individuals with serious mental illness, substance use disorders and/or intellectual disabilities.

“If this budget or anything close to it passes, it will dismantle Alabama’s community-based systems of care for people with mental illness and intellectual disabilities,” Reddoch said. “There are no State hospitals left to cut.”

Like most health and human services agencies, ADMH uses its state appropriations to draw down significant federal matching funds. $63.78 million in federal matching funds across the mental illness, intellectual disability and substance abuse services divisions of the agency would be eliminated if the proposed legislative budget cuts are enacted. Coupled with the proposed $35.2 million state funding cut, the state mental health department would be subjected to a total $98.9 million decrease in its funding.

Reddoch provided a detailed handout that clearly showed the impact the proposed cuts on his agency, describing a cascade of program closures and an explosion of individuals being added to already lengthy waiting lists for services across the State if the proposed cuts go forward.

For people with intellectual disabilities, the situation is similarly grim. 5,829 people currently receiving services through the Federal Intellectual Disability Waiver will have their services reduced by 21 percent, more than 1,100 current waiver slots will be closed and 2,000 individuals will lose work and day supports.

Prior funding cuts to the agency and a series of federal lawsuit rulings have resulted in the closure of three State-operated mental health facilities in recent years. A fourth closure has been announced and is currently pending for North Alabama Regional Hospital in Decatur. In 1999, the U.S. Supreme Court ruled in Olmstead v. L.C. that people served by State mental health systems have a constitutional right to receive treatment in the least restrictive environment. Most State mental health agencies began transforming and modernizing their public mental health systems from reliance upon state-operated institutions to serving individuals in community-based programs.

“If, after years of downsizing and cuts, more downsizing and more cuts, anyone can show me where more can be cut, please do. I’m listening,” Reddoch said. “I challenge anyone in state government to say ‘we’ve cut more than mental health.’ ”

“I cannot find any way that current services could be maintained or any new services added with these cuts,” Reddoch said.

Reddoch closed by encouraging legislators to meet with local community mental health center directors and local service providers about how the cuts he discussed today would affect their respective legislative districts. Only about 20 legislators chose to attend the mental health budget hearing. Rep. April Weaver, Chair of the House of Representatives Health Committee was in attendance, but Senate Health Committee Chair Gerald Dial did not attend.