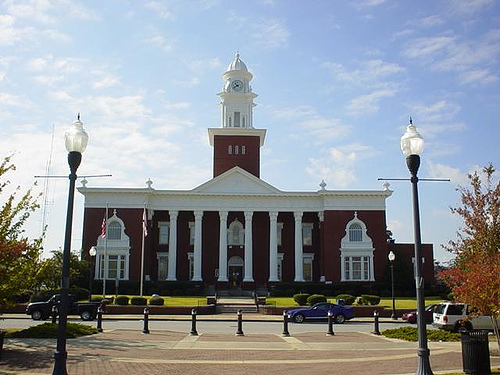 MONTGOMERY—After months of testimony, millions of pages of documents, and 23 felony indictments retuned against the Speaker of the House, Mike Hubbard, the Lee County Grand Jury still remains empaneled.

In the latest court filings in the lead-up to Hubbard’s criminal trial in October, it was revealed that the Special Grand Jury in Lee County continues to meet as “an investigatory body charged with the responsibility of determining whether or not a crime has been committed.”

Hubbard criminal defense attorney J. Mark White has accused the State of continuing the Grand Jury as a means to “intimidate and menace” his client and others. The prosecution dismissed White’s argument stating, it has every right to continue to investigate wrong doing.

White claims the Special Grand Jury can no longer be employed to gather evidence against Hubbard. The State agrees that it can no longer use the Grand Jury to investigate the 23 felonies already filed against Hubbard, but has a legal right to investigate whether “Hubbard or other individuals have taken other actions that fall within the Grand Jury’s jurisdiction that could be charged in another indictment.”

In a letter from Attorney General Luther Strange to Supernumerary District Attorney W. Van Davis, dated January 31, 2013, the mission of the investigation is related in broad terms: “…to assume oversight of the State’s interests in the current investigative matters relating to State Representative Mike Hubbard to include all criminal matters arising from that investigation.”

In answering White’s motion to dismiss, the State makes it known that not only is the Lee County Grand Jury still at work, but that it continues to inquire into other potentially illegal activities, which may involve Hubbard and others under its original purview.

The prosecution stated in its Monday filings, grand jury investigations are “not fully carried out until every available clue has been run down and all witnesses examined in every proper way to find if a crime has been committed.”

With approximately six months to go before Hubbard’s criminal trial on felony charges of public corruption, the Grand Jury may still bring up more charges against him and others in related criminal matters.

The foundation awarded a record 50 scholarships to underserved children during the event.