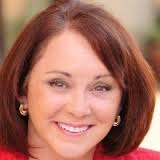 “After serving with me for over four years, Kevin Turner will be departing at the end of April to pursue a new opportunity,” said Attorney General Strange.  “While Kevin made it clear from the beginning that he only planned to stay in the Attorney General’s office for one term, I am, nonetheless, saddened to lose his experience at the helm of my team.  His role in maintaining the focus of the Attorney General’s office in upholding the rule of law and protecting the interests of the people of Alabama has been invaluable.  I wish him all the best in his new career.”

“I am deeply grateful to General Strange for providing me with the tremendous opportunity to serve in his administration these last four years,” said Turner. “It has been a great honor to work with the dedicated public servants in the Attorney General’s Office who strive each day to protect Alabama’s citizens.”

“I am pleased to welcome Alice Martin as my new Chief Deputy Attorney General,” said Attorney General Strange. “She possesses an extensive legal background in Federal and State courts as well as in private practice.  A former assistant U.S. Attorney in Memphis, Tennessee, Martin continued her impressive career in Alabama as a Circuit Judge for the 11th Judicial Circuit in Lauderdale County before President George W. Bush appointed her US Attorney for the Northern District of Alabama from 2001 to 2009.  She is also no stranger to the Alabama Attorney General’s office having recently served as Deputy Attorney General for the Department of Examiners of Public Accounts since 2013.”

The holder of an undergraduate degree from Vanderbilt University and a law degree from the University of Mississippi, Martin is married to Louis Martin.  They live in Florence and have three adult daughters.

“I look forward to working with Attorney General Strange given his priorities and our good working relationship,” Martin observed. “I could not pass on the exciting opportunity to join an office I greatly respect and work with the high caliber of professionals that represent the legal interests of this State.”

Marshall “satisfied” actions taken by police in Huntsville were “reasonable”