Senate Democrats say the Republican Supermajority Caucus has crossed the line they drew in the sand concerning Medicaid expansion.

Ross (D-Montgomery) along with his Democratic colleagues say that the air of cooperation in the Senate has now shifted and they are prepared to “burn the session” in opposition to the Senate Resolution 34, which was passed by the Supermajority (22-8-1) on April 21, Day 15 of the Alabama Legislative Session, “Expressing the intention of the Legislature not to expand Medicaid services in Alabama.”

“They just ran over the Minority Caucus and the Independent Senator (Harri Anne Smith) who stood with us,” said Sen. Billy Beasley, who was recently appointed to Gov. Robert Bentley’s Alabama Health Care Improvement Taskforce. “By not expanding Medicaid in 2014, we’ve already turned down $2.25 billion. Had they already expanded Medicaid, we would already have the money to fund the general fund budget. There are over 300,000 working people in Alabama who pay taxes and simply cannot afford private health insurance.”

Beasley (D-Clayton) has been a pharmacist since 1962 and introduced a bill to expand Medicaid because of the serious health issues faced by poor people in Alabama.

Why do Republicans always have to make ALL public assistance about providing for people who do not work? The governor lives in public housing. Taxpayers pay for his home, its upkeep and his health care benefits.

These Medicaid funds go to help children and could help people who work 30 hours a week, but employers are not required to provide them with benefits.

Therefore, even their math makes no since. If the expansion of Medicaid will add 30,000 jobs to the state and thus increase tax revenue for the state, this expansion is a win-win.

“We’ve been telling people since Day One that this is the most important issue for us,” said Sen. Priscilla Dunn (D-Bessemer). “Instead of bringing this resolution, they should have been bringing one pledging our support for the expansion of Medicaid.”

This piece of legislation was unnecessary because it is not binding; it is only a declaration of intent.

Was this legislation only brought to pressure Bentley to stop working with legislators and state agencies to find ways to expand Medicaid?

The Senators say this fight is not over, but has rather just begun.

“There has not been one piece of revenue generating legislation that has been passed this session,” Ross said. “This is a sure way to find revenue for this General Fund. I hope the citizens of Alabama are paying close attention.”

Rural and small town hospitals are closing throughout the state. This money could shore up at least 40 rural hospitals, which teeter on the brink of closing their doors each fiscal year, because of the strain of providing care for uninsured patients. At least 12 rural hospitals already have closed in our state. Let’s not add to the list.

“The governor has said he wants to work with us to provide insurance for the working poor, but I just don’t know where we go from here,” said Sen. Linda Coleman (D-Birmingham). “This was a bad time and this sends the wrong message to the constituents.”

Instead of a shot in the arm, the Supermajority served the Minority Caucus a slap in the face.

“Up to 600 people in Alabama per year die without access to Medicaid and there are studies which show tens of thousands will suffer unnecessarily because of lack of health insurance and access to care,” said Sen. Hank Sanders (D-Selma). “When it’s a matter of life and death, we have to find a way to do what must to protect life.”

Kirsten J. Barnes is a professional journalist who currently works as communications director for the Alabama Senate Minority Leader. She holds degrees in communications from Alabama State University and The University of Alabama and was previously a reporter and editor for the Montgomery Advertiser and the Columbus Ledger-Enquirer. 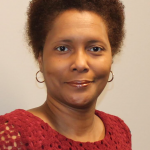