You may have heard or read of the proposed 82-cent per pack tax increase on cigarettes, an increase in smokeless tobacco and cigar taxes. So, let’s look at the likely effects of this tax increase for Alabama.  The unintended consequences may surprise you.

There are a number of negative outcomes that we can expect if the Legislature approves the proposed tax increases.

It should be noted that cigarette sales nationwide have been declining, and in Alabama, cigarette sales declined an average of 2.4% over the past 10 years. In all likelihood, this trend will continue. So relying on cigarette taxes to fund government programs will create long-term budget shortfalls that will have to be made up from other revenue sources or additional tax increases. In other words, cigarette taxes are an unstable revenue stream — and the numbers bear this out. From 2007-2014, tobacco tax collections decreased from $145,498,353.32 to $126,571,203.97, a loss of almost $19 million. By raising the tax, these numbers will continue to decrease because of loss of sales to other states and decreased tobacco use.

Additionally, cigarette taxes are regressive. That is they most negatively affect lower-income adult consumers. Based on Centers for Disease Control and Prevention data, 34% of adults in Alabama who earn less than $15,000 are smokers. Only 13.6% of adults who earn $50,000 or more are smokers therefore raising this tax would unfairly burden Alabama’s lower-income working adults. Increasing the cigarette tax to 82 cents per pack would result in a pack-a-day smoker paying an extra $304 annually to the government. And Alabama’s adult smokers already paid $279 million in state taxes and fees on cigarettes in 2014.

By increasing taxes, this also encourages adult tobacco consumers to look for cheaper purchasing options, including in neighboring states where cigarette taxes are much lower or other sources that avoid the tax. Once the proposed tax increase is implemented, the average price per pack of cigarettes in Alabama will skyrocket to $6.47. Consumers will be enticed to cross our borders to avoid the higher tax since three of our neighboring states, Georgia, Mississippi and Tennessee will have much lower taxes. In every location in Alabama, we are already at a competitive disadvantage over Georgia. For example, a pack-a-day smoker could save up to $501 a year by purchasing their cigarettes in Georgia. When consumers cross state lines to purchase cigarettes, they are not just buying cigarettes. They are buying snacks, drinks and other items. Because of this, we not only loses the tax on cigarettes, but also lose the sales tax revenue on the entire sale.

Another negative outcome of higher tobacco taxes is the increase in tobacco smuggling. According to the Bureau of Alcohol, Tobacco, Firearms and Explosives, there is a direct link between the increase in a state’s cigarette tax and an increase in illegal trafficking. The result is lost government revenues. According to the ATF cigarette smuggling “has turned into a lucrative business for criminals who trade cigarettes and other tobacco products on the black market…nationally it’s estimated $7-10 billion in tax revenue annually is lost on the black market.”

Finally, Alabama is now starting to recovery from the recession, and despite some improvements in the jobs and employment picture, the economic recovery remains fragile. Tax increases will weaken this situation by exporting and suppressing consumer spending and harming retail sales. In the grocery store industry, this has the practical effect of cutting jobs.

While it may seem like a good idea at first glance, this is a losing situation for all Alabama taxpayers. That’s why it’s right to say no to higher tobacco taxes in Alabama.

In this article:Ellie Taylor, taxpayers 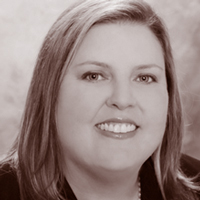 The investigation of the virtual schools, and the allegations of improperly boosting enrollment figures to generate more tax dollars, would be similar to federal...

The Council for Citizens Against Government Waste on Thursday named U.S. Rep. Mo Brooks, R-Huntsville, a 2019 “Taxpayer Super Hero.” Only 27 members out...

Analysis | Alabama’s charter school law has a number of problems

The Alabama charter school law is an absolute mess, filled with loopholes and nonexistent instructions that make it possible, if not likely, that the...