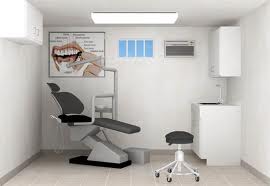 Sen. Bussman is a dentist. He said that SB295 simply says that if a health insurer develops a quality rating system for dentists, the cost of services would not be a factor.

Sen. Bussman said that Dentists are paid a certain fee for a service, but that does not mean the same service is equal. “I can order crowns from India for a very reduced fee or I can buy a crown in the United States that is of much better quality at a higher cost.”

Phillip Kennedy, representing the Alabama Dental Association, spoke in favor of the bill.  Kennedy says that this issue has not impacted Alabama yet, but is an emerging issue around the country.

The cost of those services should not be a part of any rating system. “The bill does not say that insurers cannot do a rating system.”

Robin Stone, the Executive Director of Governmental Affairs for Blue Cross Blue Shield (BCBS) of Alabama, spoke against the legislation.  Stone said, “We agree that cost should not be the only factor in a rating system, but it should be a component in a rating system if an insurance company should choose to do that.”

Stone said, “More people have dental insurance now than ever in the history of the State. We have over 1 million dental customers.  Dental care is more accessible now than ever. This bill would prohibit BCBS from using cost in a rating system.  Our concerns are that cost impacts our customers in a big way. This takes cost off the table. Our customers are always looking at the cost and quality of care. Cost is critically important to our company and to our customers. They are very concerned about their premiums, copays and deductibles going up. People are looking for greater value. People are Searching for economy. This has never been passed as a stand alone bill anywhere in the country.”

Stone said that when the time comes for the insurers to develop a rating plan for dentists, insurers should make that decision. “We don’t have one and don’t plan to put one in…Allow the insurance community to work with our providers…We are always happy to work with the dentists like we are with other providers.”

Sen. Bussman said, “First you said you had no plan then you said when the time comes you are contradicting yourself.”

Stone said, “We do not have a current plan or idea to do this.”

Bussman asked, “Does your company pay the same across the State?”

Stone said “I think it is the same.”

Sen. Bussman asked, “Would you favor the bill if cost were only part of it?”

Stone said, “I don’t know that I would support it, but it would be a step in the right direction.”

Sen. Linda Coleman (D-Birmingham) said that she believes in capitalism and private enterprise and worried about too much regulation.

Stone said that BCBS has 2.1 million customers in Alabama and over a million dental customers. “Our customers and companies are constantly asking us how to reduce cost particularly in small groups.”

Sen. Coleman said, “I don’t think the legislature should be dictating to companies about cost. This seems to be more of an internal industry thing and I don’t know that this is something that the legislature should be involved in.  I am not necessarily for us always having to pass something so that we have to regulate something.  Maybe we should find another way rather than using a cannon to kill a gnat.

Business Council of Alabama President Billy Canary also spoke against the bill. Canary said that BCA opposes this bill philosophically. “We believe very strongly that possible mandate bills reduce the choice that companies have. Cost is a factor in dental care.”

Canary praised legislators as well intentioned individuals. Canary said that he wants to create a dialogue for an easier way to remedy these concerns. “We have a very active healthcare committee within the BCA structure that would be happy to work with this committee.”

Sen. Bussman amended the bill so that cost would not be the only factor in a rating system.

Sen. Bussman said all dentists do things differently. “The cleanliness of my office, the equipment I use, that I schedule patients so they don’t have to wait all provide value to my patients. 10:00 means 10:00 not like the legislature and they start at 10:15. Other people will stack people in a waiting room and will get to them as they get to them just to make sure there are bodies in the chair. There is a value for that. I use the best materials. This does not affect the insurer and it does not affect the business community in one shape or another.”

Sen. Harri Anne Smith (D) said, I would like to commend you for bringing this piece of legislation. To Canary, Smith said “It would be great to have more dialogue with you. I have not heard from you in 8 years.”

Senators Blackwell, Reed, Coleman, Wagner, Whatley, and Dial all voted against the bill.

SB295 received a favorable report from the committee 7 to 6.

Bussman also sponsored SB 296 which said that insurers can not set a fee for a service they don’t cover. Bussman said this does not cost the insurer, it does not affect the business community in any way. SB296 received a favorable report 7 to 2.