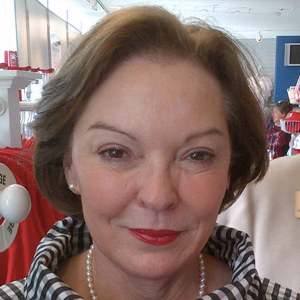 Drummond said, that she has always been involved in something conservative: “I grew up in a small town in North Alabama near the Tennessee line.  I love meeting with the Alabama Republican Women.  I have been in every county.  They are all the most unselfish people and all they want is a better government.”

Committeewoman Drummond said, “It is imperative to have a strong national party.” Candidates and campaigns come and go but the party remains.

Drummond praised RNC Chairman Reince Priebus. “I am so happy to be working with him. He is our only third term chairman. When he came into office we were in disarray he turned it around.  He is fearless.  He is a man of great faith.  He told networks that if you show a documentary on Hillary Clinton, we will not have a debate on your network and they buckled.  It is such an honor to serve with him.”

The Committeewoman said, “The Republican Party has three legs. The first is National Defense.  If we are not safe nothing else matters.  The second is smaller government and limited regulation.  The third is that we are the party of conservative thought.”

Drummond said that not everybody agrees on every issue, but when you agree with 80 percent of what a party agrees with, you need to stick with that party.

On the Common Core issue, Drummond said that she voted against it long before it ever came to Alabama.

Drummond said that the US Department of Homeland security uses about 100,000 rounds of ammunition a year practicing and in the line of duty. Since Obama came into office they have bought over a billion rounds. Where are they going?

Drummond said there are 18 states that control 240 electoral votes and they have not voted for a Republican in 25 years.  “I cannot fathom what this country would be like if we lose another election.” We had 5 million Evangelicals stay home in the next election.  Many of them would not vote for Romney because he was a Mormon.

Drummond said that the RNC has changed their strategy: “We did not change who we are.  We did not change our platform.  The Republicans have been running four to eight month presidential campaigns.  Obama ran a continuous campaign with operatives actually moving into communities year round. We never saw it coming.  We did not see that they are way ahead of us. Obama ran a four year campaign we ran a four month campaign. We are now running a year round campaign I don’t see us ever going back.”

Drummond said that with the number of candidates there is a possibility of a brokered convention in 2016.

“In 2012 there were too many debates.  Our candidates were bloodied and bruised.  The party is now limiting the number of debates.  We are choosing our locations and choosing our moderators.  We are moving back the convention 2 months and wanted to move it back further.  Federal campaign dollars don’t become available until the nominee is selected.  President Obama was running circles around us while Romney waited for the nomination.  The convention will be in Cleveland in 2016.  Over 50,000 people are expected to attend.”

Drummond said, “I get more angry at Republicans than I do at Democrats. I am not for gambling and I am not for taxes and if I were down there (Montgomery) I would vote against both.  I do believe there are a lot of places where we can cut back.”

Drummond warned that when more than 30 gambling parlors opened in Home County, the winning percentages were less than in Las Vegas.

“They would make over a million on some weekends.  Eventually Gov. Riley stepped in.  Gambling takes in about $750 million a year.  “They will run Alabama. That is very scary. I am praying real hard it doesn’t pass.”

Mrs. Drummond said, “I am against payday loans. We tried to get it down to 36 percent and couldn’t get that passed. When I saw a list of all the legislators who have gotten lobbyist money from the payday loan industry I became very disheartened.”