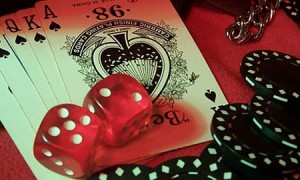 On Tuesday, May 12, the State Senate will hold a public hearing on Senate President Del Marsh’s plan that would bring a lottery and Class III gaming to Alabama in order to bring new revenues to Alabama’s troubled General Fund.

State Senator Harri Anne Smith (I-Slocumb) announced on Facebook, “Public Hearing in Montgomery on Tuesday at The Alabama State House on Senator Del Marsh’s Gaming Bill that does not include Houston Co. The open meeting is at 1 o clock on the 3rd floor and you are welcome to come and speak to the committee. I have asked some of the Senators who are on this committee as well as Senator Marsh to add Houston Co. to this bill and LET THE PEOPLE VOTE. I have not gotten a commitment on whether they will add Houston Co. or not. Your opinions to the committee will matter so if you can attend this meeting, this is your time to stand up for our area. You can speak for or against this bill. Look forward to seeing you there.”

Senator Smith has said that Dothan should get one of the proposed Class III gaming facilities. Dothan’s Country Crossings was one of the electronic bingo facilities targeted by the Gov. Bob Riley (R) crackdown on illegal gaming.

Senate President Pro Tem Del Marsh (R-Anniston) has proposed a plan that would fund the general fund with a state lottery, class III gaming at the three Indian casinos, as well as at the four dog tracks in Birmingham, Greene County, Mobile, and Shorter.  The Marsh plan would require a referendum of the voters because it is a Constitutional Amendment.  The Marsh plan does not include new taxes or a $250 million one time payment so the estimated $261 million hole in next year’s budget will likely not be fully addressed though some legislators have suggested borrowing money to carry the state over until the gambling revenues come in, though Marsh himself has suggested that the state tighten its belt to get through the gap.

Sen. Marsh wrote recently, “Hundreds of millions of Alabama dollars are going to Mississippi, Florida, Tennessee and Georgia to play in their lotteries, their casinos.  Hundreds of millions of Alabama dollars give their children pre-k, their children scholarships, and their seniors’ benefits.  And it gives their state governments funding for essential state services.  They receive those benefits while creating new jobs for their people, new investments for their towns and cities, new hotels, restaurants, entertainment facilities, new tourism dollars.  All for them and none for us. With our money.”

Sen. Marsh continued, “Folks, that makes no sense.  It is time that Alabama gambling dollars stayed right here in Alabama, creating new jobs for our workers, creating new investments for our businesses, expanding tourism and opportunities for our towns and cities, and creating new funding for our seniors and school children. Without raising taxes.”

Many conservatives have announced their opposition to the plan.  Former Alabama Republican Party Chairman Bill Armistead wrote recently, “All forms of gambling have been put on the table: A lottery, Vegas-style casinos for Alabama’s dog tracks and the Poarch Creek Indian Reservations.  What has happened to our conservative Republican leadership in Alabama?  Passing new taxes and expanding gambling is not the answer to Alabama’s problems. New taxes will be passed on to hard working Alabamians and an expansion of gambling causes the poor to get poorer while the gambling tycoons getting richer and richer.”

Sen. Marsh concluded, “It is time we gave the people of Alabama a simple plan, a simple choice.  Higher taxes or expanded gaming? Let the people decide. It is time to for the people to vote on a comprehensive gaming plan that would keep these dollars at home.  We need a plan that addresses all of gaming: a lottery, expansion of casino gaming at four existing tracks in Mobile, Macon County, Greene County and Birmingham, and a gaming pact with Native American casinos.  All in one, simple plan.”

If the Committee votes to pass the controversial legislation in today’s meeting it could be debated on the floor of the Senate as early as this week.