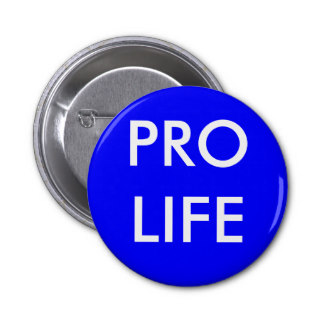 On Wednesday, May 13, H.R. 36, the Pain-Capable Unborn Child Protection Act which bans abortion after 20 weeks was passed by the US House of Representatives.  All six Republican members of the Alabama Congressional Delegation voted for the Pro-Life legislation. Congresswoman Terri Sewell (D-Selma) voted against.

Congressman Gary Palmer (R-Hoover) announced in a statement that he is committed to protection of the innocent, particularly those who cannot speak for themselves, and voted for H.R. 36, the Pain-Capable Unborn Child Protection Act.

Representative Palmer wrote, “The right to life is central to everything I believe.  Abortions that occur more than halfway through pregnancy are particularly abhorrent, which is when science informs us the unborn child can feel pain. There is widespread agreement that abortions after 20 weeks should be prohibited.”

Representative Bradley Byrne (R-Montrose) wrote, “Byrne said: “The United States is one of only seven countries, along with the likes of North Korea and China, who still allow abortions after 20 weeks. Scientific studies show that at 20 weeks babies can feel pain, and it is unconscionable that those kinds of procedures are allowed right here in the United States.  It is time we change that. Today, I voted in favor of a bill that would ban abortions after 20 weeks and ensure that both the mother and the baby receive the care they deserve.”

Representative Robert Aderholt (R-Haleyville) said on Facebook before the vote, “I will proudly be casting a vote today in support of the “Pain Capable Unborn Child Protection Act.”

Representative Martha Roby (R-Montgomery) wrote, “Today the House has an important opportunity to protect human life with the Pain-Capable Unborn Child Protection Act. This bill would prohibit abortions after 20 weeks of pregnancy, the stage of development at which we feel pain.  The last time this issue was before us, I spoke out about why this bill is personal to me and why I believe it should be personal to us all. After the video went viral, I actually heard from so many moms and expectant moms who called or messaged to thank me. I also heard from many who had delivered premature babies and appreciated the value we were trying to assign these precious lives in the law.”

Rep. Palmer continued, “America was horrified by the crimes of Dr. Kermit Gosnell, who, two years ago this week, received three first-degree murder convictions for killing babies in his abortion clinic.  Whether the child is killed inside or outside of the womb makes little difference, I am proud to support this measure as well as others to protect the unborn and move our society in a direction of one that respects life.”

Rep. Roby said, “A majority of Americans – including a solid majority of women – support restricting abortions after 20 weeks. It’s a shame such a humane and compassionate measure has opposition at all, especially since such great care has been taken to protect women with exceptions for rape, incest and physical health of the mother.”

Speaker of the House John Boehner (R-Ohio) spoke for the bill on the floor of the House, “We may have no higher obligation than to speak out for those who can’t speak for themselves – to defend the defenseless.  That’s what this bill does. Because we know that, by five months in the womb, unborn babies are capable of feeling pain, and that it is morally wrong to inflict pain on an innocent human being.  Protecting these lives is the right thing to do.  And, again, a majority of Americans agree. My colleagues, growing up with 11 brothers and sisters, I didn’t need my parents to tell me that every child is a gift from God.  But let me tell you, they did – early and often.  Because that respect – that sanctity and dignity – is everything.  A vote for this bill is a vote to protect innocent lives and protect our dearest values for generations to come. We should all be proud to take this stand today.”

Cheryl Ringuette Ciamarra with Alabama Citizens for Life wrote after the vote, “Half Way there – Need more Senate Support! This is such important Legislation, Americans should override Obama’s Veto and become the Pro-Life Nation God Created us to be!!”

Rep. Roby said, “If we won’t stop abortions after 20 weeks – when unborn babies feel pain – when will we stop it?”